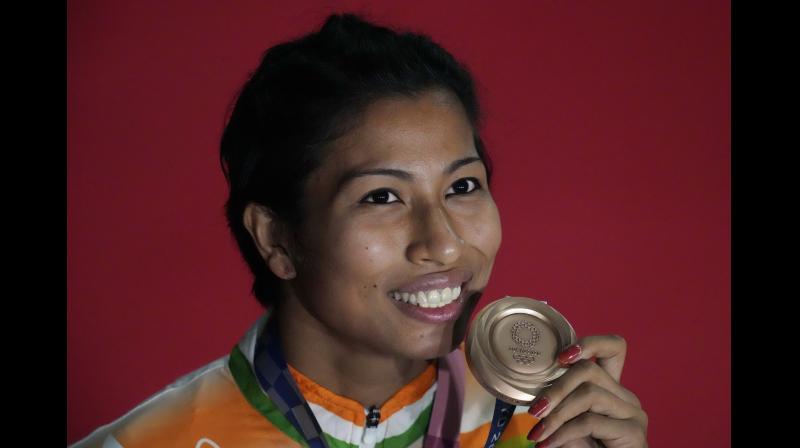 New Delhi: Long-serving national youth coach Bhaskar Bhatt is all but certain to take over as the senior women's head coach before the world championships, for which Olympic bronze-medallist Lovlina Borgohain will remain a direct selection despite the request for a trial by national gold-winner Arundhati Choudhary.

In a conversation with PTI, Boxing Federation of India (BFI) Secretary General Hemanta Kalita said the decision to give Borgohain a direct entry in the 70kg category will not be revisited despite Choudhary's open letter, seeking a trial citing "the concept of fair play and need to prove oneself each time."

"There won't be any trials for the women's world championship. As decided during the Executive Committee meeting in September, national champions, except for the category in which Lovlina competes, will form the team," Kalita asserted.

"The decision to give Lovlina direct entry was based on her Tokyo Olympics performance. It will not be changed," he added.

The women's world championships is scheduled to take place in December in Istanbul. The dates of the competition have not yet been finalised.

The 24-year-old Borgohain is a two-time bronze-medallist at the showpiece, while the 19-year-old Choudhary had won a gold in the youth world championships earlier this year.

Long-serving national youth coach Bhaskar Bhatt is set to be given charge of the senior women's camp after the BFI did not renew contracts of High Performance Director Raffaele Bergamasco and chief coach Mohammed Ali Qamar.

The 56-year-old Bhatt, who hails from Uttarakhand, has been with the youth team since 2017 and was an assistant coach in the senior women's camp from 2005 to 2012. He took a break from coaching between 2012 and 2017 to spend time with his family after his daughter completed her schooling.

A former national bronze-medallist, Bhatt joined the Sports Authority of India in 1992 after completing his coaching diploma from the National Institute of Sports in Patiala back in 1989.

His brother D P Bhatt is also a former boxer, who went on to become a referee/judge before taking a plunge into administration.

"I will be honoured to be given the responsibility. I have been with the women's camp in the past. So, I have a fair idea about the demands of the job," Bhatt told PTI.

International Boxing Association (AIBA) President Umar Kremlev might visit India in the second half of this month to discuss the growth of the sport in the country with the national federation.

"His visit to India will be a part of the Asia tour that he plans to undertake this month. He might come here after November 21 or in the last week. It will be about discussing development of boxing," Kalita said.

Kremlev, who has aggressively pushed for cleaner bouts amid the continuing uncertainty over boxing's future as an Olympic sport, has been visiting several countries to drive home the message of integrity and grassroots development.

The AIBA under him is also sanctioning liberal funding for growth projects across the world and has earned plaudits for introducing handsome prize money funds for various world and continental events.

Men's High Performance Director Santiago Nieva, who has been given an extension till end of December, might stay a bit longer than that.

It is learnt that the federation is still on the lookout for a new foreign coach but given that the search hasn't yielded any desired candidates so far, it might hold on to the Swede for a bit longer.

"Unless we can find a decent replacement for him, there is no point in leaving the position vacant. So, we are still looking but we would prefer for him to stay till the time a replacement is found," a BFI source told PTI.

"The planning should not be disturbed. So he might just stay for a while but nothing is cast in stone yet," he added.

Nieva's contract was to originally end after the Tokyo Olympics and the federation had also indicated its dissatisfaction with him after none of the male boxers could finish on the podium in the Japanese capital.