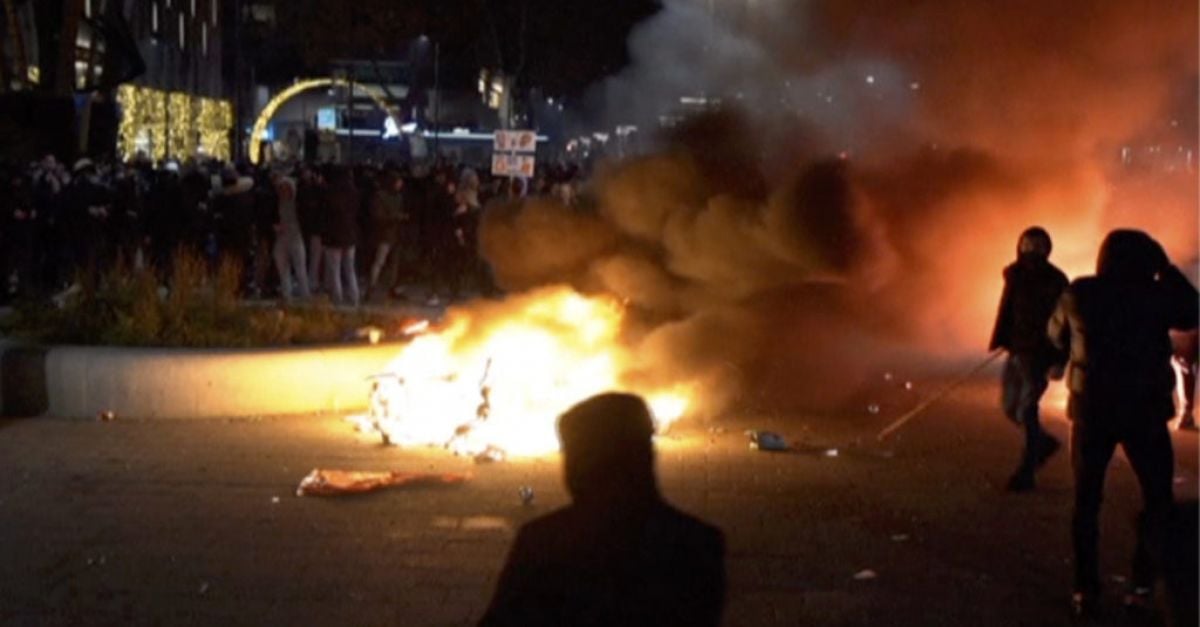 An unknown number of people were injured in downtown Rotterdam as police fired warning shots during a demonstration against plans by the government to restrict access for unvaccinated people to some venues.

Police said in a tweet that “there are injuries in connection with the shots” during the violent unrest, while riot police used a water cannon in an attempt to drive hundreds of rioters from a central street in the port city.

Video from social media shown on Dutch broadcaster NOS appeared to show a person being shot, but there was no immediate word on what happened.

Police said in a tweet that it was “still unclear how and by whom” the person was apparently shot.

Late on Friday night, police said downtown Rotterdam remained restive and there was still a heavy police presence on the streets.

Police said they arrested dozens of rioters and expected to detain more. They said about seven people were injured, including police officers, though there were no further details.

Photos in Dutch media showed at least one police car ablaze and another with a bicycle smashed through the windshield.

“The center of our beautiful city has this evening transformed into a war zone,” it said. “Rotterdam is a city where you can disagree with things that happen but violence is never, never, the solution.”

Police tweeted that rioters started fires and threw fireworks during the rioting and authorities closed the city’s main railway station.

Local media say gangs of soccer hooligans were involved in the rioting.

The government has said it wants to introduce a law that would allow businesses to restrict the country’s coronavirus pass system to only people who are fully vaccinated or have recovered from Covid-19 — that would exclude people who test negative.

The country has seen record numbers of infections in recent days and a new partial lockdown came into force a week ago.

In January, rioting broke out in Rotterdam and other Dutch cities after the government announced a curfew in an attempt to rein in soaring coronavirus infections.