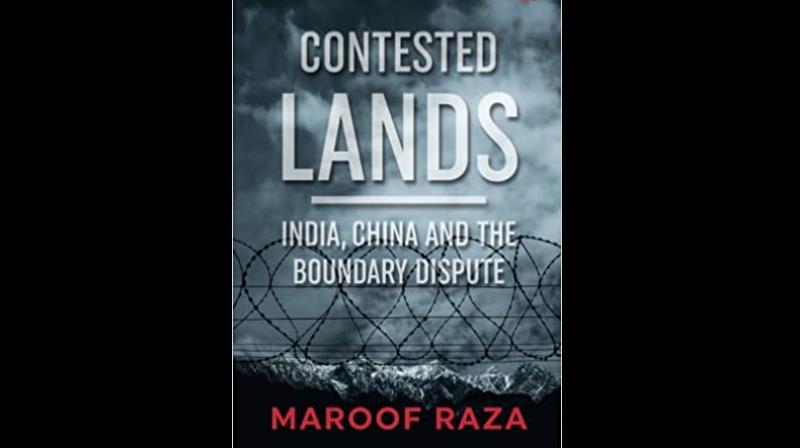 Written and published during the period of China’s second aggression on India, which began in May 2020 and has continued in 2021, this book is yet another important reminder of all that needs to be done to counter the ambitions of the perpetually power- and land-hungry Chinese Communist Party (CCP).

The research in this book on the core causes of the complex and longstanding border dispute between India and China brings to the fore Independent India’s misfortune of its key political leaders being disastrously ignorant and gullible when it comes to vital matters of understanding India’s vast land and maritime borders and the related geopolitics. The resulting shortcomings in dealing with the Chinese have cost India dearly in terms of its security and progress.

In the context of much that has been brought out in the book about how India’s first Prime Minister, Jawaharlal Nehru, kept the Parliament and the public in the dark on important matters, it is relevant to mention how, when asked in Parliament to clarify specific details of the dispute and the actual Chinese territorial ingress, he replied: “It is rather difficult for me to answer that question. We have discussed one or two minor frontier disputes that comprise tiny tracts of territory, maybe a mile this way or a mile that way, in the high mountains where nobody lives, and those are pending. We have discussed them and for the present no settlement has been arrived at.” When another MP enquired about the Chinese movement on the Tibet-Uttar Pradesh border near Pithoragarh, Nehru replied: “I should like to give a precise answer to such questions. I would not like to venture to give an imprecise answer. Taklakot (trijunction Nepal-Tibet-India in Pithoragarh) and another place — Hoti (Barahoti in Uttarakhand) — have been places under argument and sometimes, according to reports we have received, some Chinese have advanced a mile or two, maybe, in high mountains. It is true. We have been enquiring into it.” This area, intruded upon yet again in September-October 2021, is supposed to be in the uncontested central sector, which the Chinese have been intruding into almost every year for decades.

On Nehru’s art of suppressing facts, one way of doing it was by continuing to keep documents classified purportedly for “operational security”, but another way was to make them disappear. Yet another, as brought out by Claude Arpi and Subroto Roy in Business Standard dated January 29, 2013, is, “Most bizarrely, Jawaharlal Nehru’s papers are under control of his descendants like Priyanka Vadra and Sonia Gandhi, who claim copyright. Someone may need to tell them there is a universal principle that there can be no copyright on the public life-work of historical figures like Presidents and Prime Ministers.” A case of suppression of important findings following the 1962 Sino-Indian war is the Henderson-Brooks-Bhagat report, a copy of which remains locked in the defence ministry archives. It is, however, quite amazing that an author like Neville Maxwell, who is well-known for his “anti-India” bent, is among the few ever given access to it.

A complaint with Nehru’s handling of the China dispute was not merely about his near-championing of China upon its swallowing Tibet. He is known to have vented his anger on senior military commanders who informed him of China’s border moves. On hearing about the great achievement of Major Relangnao, aka “Bob” Khating, trekking all the way from Manipur to Tawang and bringing it under Indian administration, Nehru went curiously livid. That was in fact one great accomplishment of the then Assam governor, Jairamdas Daulatram, acting at the behest of home minister Sardar Vallabhbhai Patel, Nehru’s bete noire, whose instinct on national security was sharp.

If Nehru was in grave error with regard to India’s security vis-à-vis China, his defence minister V.K. Krishna Menon had gone a step further. Not only is he known to have been undermined intelligence reports about Chinese preparations to defend its claim over disputed areas dating back to 1955, he interfered with the Army’s leadership with deleterious effects. This set the wrong precedent for the nation’s civil-military relationship as it got off to a poor start.

The narrative moves on to analyse events right up to the Peoples Liberation Army’s post-pandemic incursions in eastern Ladakh.

It was earlier planned that the book would be co-authored with Iqbal Chand Malhotra, since the duo’s book Untold Story of Kashmir had been well received. But eventually the author chose to write his own book. Malhotra has written the introduction to the book. It is recommended by this writer as a reference piece for China watchers.