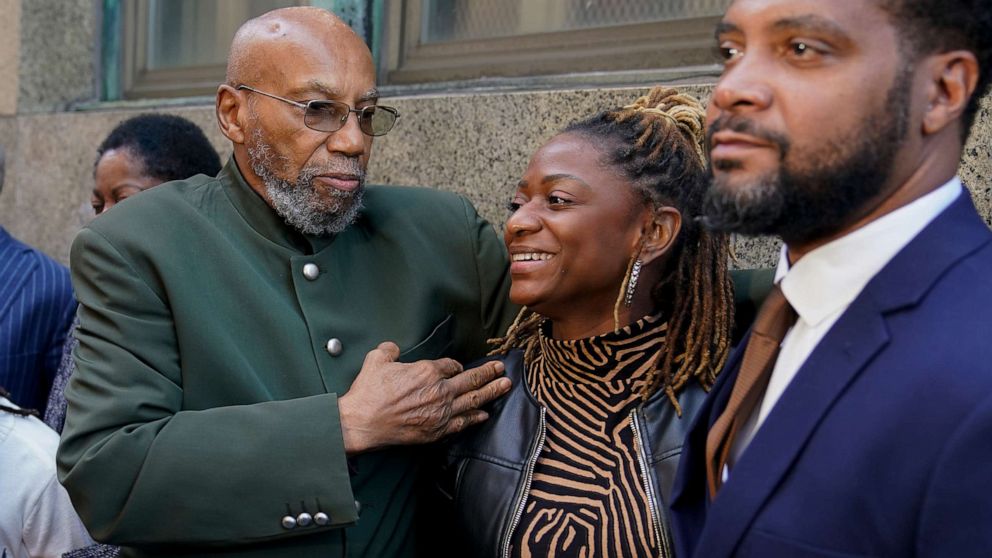 One of the men convicted in connection with the 1965 assassination of Malcolm X appeared in court Thursday where a judge cleared his name.

Manhattan District Attorney Cy Vance moved to throw out the convictions of Muhammad Aziz, 83, and Khalil Islam, who died in 2009, based on “newly discovered evidence and the failure to disclose exculpatory evidence,” according to a joint motion Vance’s office filed with the defense.

“We are moving today to vacate the convictions and dismiss the indictments,” Vance said. “I apologize for what were serious, unacceptable violations of law and the public trust.”

The long-awaited announcement drew rousing applause from those in the courtroom.

Aziz, previously known as Norman Butler, spent 22 years in prison before he was paroled in 1985. Confessed assassin Thomas Hagan, who served 45 years in prison, had long said neither man participated in killing the fiery civil rights leader.

Vance said that certain witnesses, acting under orders from then-FBI Director J. Edgar Hoover, were ordered not to reveal they were FBI informants.

“Mr. Aziz and Mr. Islam were wrongly convicted of this crime,” Vance said.

Aziz sat at the defense table wearing a white mask next to his attorney, David Shanies, who called Aziz and Islam “innocent young Black men” and accused the New York Police Department and the FBI of covering up evidence.

“Most of the men who murdered Malcolm X never faced justice,” Shanies said.

Aziz read from a statement in court, saying, “The events that led to my conviction and wrongful imprisonment should never have happened. Those events were the result of a process that was corrupt to its core — one that is all too familiar — even in 2021.”

“While I do not need a court, prosecutors, or a piece of paper to tell me I am innocent, I am glad that my family, my friends, and the attorneys who have worked and supported me all these years are finally seeing the truth we have all known officially recognized,” he continued.

The exoneration resulted from a nearly two-year investigation by the district attorney’s office and the Innocence Project that uncovered FBI documents that revealed a description of the killers that did not match Aziz or Islam, an admission that the only witnesses who fingered Aziz and Islam were FBI informants and a report that said sources reviewed photos of Islam and failed to place him in the Audubon Ballroom where Malcolm X was assassinated on Feb. 21, 1965.

“In short, it is unknown whether the identification procedures used in this case were properly conducted,” the motion to vacate said.

Rep. Bobby Rush, D-Ill., founder of the Illinois chapter of the Black Panther Party in the 1960s and whose friend, Fred Hampton, was famously killed by Chicago police in 1969, criticized the FBI and Hoover following the exoneration of Aziz.

“This reprehensible revelation is yet another crystal clear example of why J. Edgar Hoover’s name must be immediately stripped from the FBI headquarters and why it is time for the files from the FBI’s counterintelligence program, COINTELPRO, to finally see the light of day,” Rush said in a statement.

The district attorney’s office stopped short of proclaiming the actual innocence of Aziz and Islam, citing the deaths of witnesses, co-conspirators and police officers, the missing identification and physical and other evidence.

Aaron Katersky reports on the case for ABC Audio: