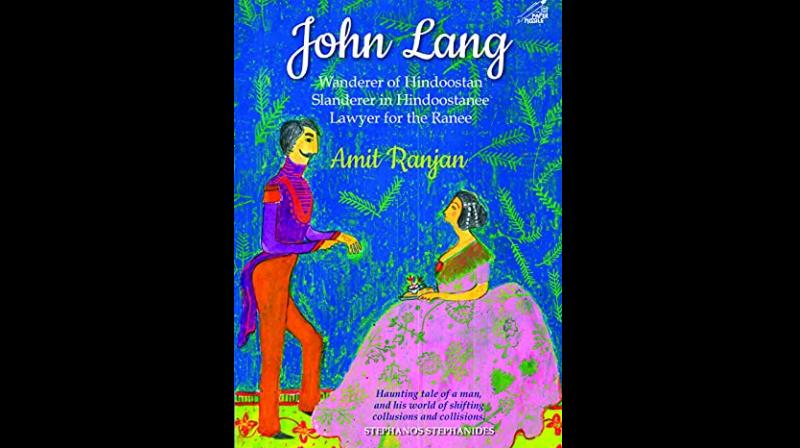 John Lang, the lawyer whom Wikipedia describes as Australia’s first native-born novelist, had a remarkable life. Coming from a family 10 children (including half- and stepsiblings), he went to Cambridge to qualify as a barrister. He famously represented the Rani of Jhansi against the East India Company and, what’s more, documented his impression of the queen — this became the basis of some scenes in an Indian television serial depicting a fictitiously intimate relationship between them. Lang flamboyantly won one Lala Jotee Persaud his dues as a provisioner for the British army for what was in 1851 a princely sum of Rs. 2 lakhs. He also had a career as a journalist, producing The Mofussilite from Meerut. As it carried anti-government reports, its file copies were destroyed. And as if all this were not enough, the Indophile spoke at least five languages and produced works as a translator.

Yet Lang’s versatile talents and proven scholarship were actually surpassed by the colourful life that he led and the experiences that he acquired in a land he came to evidently care for. His escapades and misadventures — he was jailed in Calcutta for libel and in Vienna on suspicions of being a spy, the bets he won, as well as his divorce and love affair that led to an illegitimate child, not to forget his rationalist’s curiosity regarding phrenology — a pseudoscience that correlated measurements of different parts of the skull with race and mental ability that was fashionable among Europeans in his times — are all explored in detail and commented upon.

In his short life of 48 years, John Lang produced 23 novels, one travelogue, some plays and five volumes of poetry. His novels were mostly in the romance genre and were set in India. His themes were typically bold and ever so slightly subversive. After his death in 1864, he remained a well-known writer and his books continued to sell for another 40 years. Champagne was his favourite tipple.

Lecturer and historical treasure hunter Amit Ranjan’s work is well researched and amply referenced and endnoted. It is also quite witty and the interlacing, interstitial, nature of the narrative is compelling of its own accord. One’s only criticism would be that the narration sometimes takes on a goofy, theatrical overtone that actually adds little to it by way of comic humour. Perhaps, one surmises, the author tried to impart an antiquarian touch to the text, or perhaps he tried to demonstrate his affection for the subject. But the fear is that the millennial reader, unused to adventure and with their minuscule attention span, would be misled by the levity and not give themselves over to the feeling of incredulous admiration that arises for the brash, maverick hero after a reading of this historical gem of a work.

There was a party in progress at John Lang’s house in Mussoorie as he died. Lang had frowned upon the idea of truncating it merely on account of his illness. Bronchitis was the immediate cause of this unforgettable personality’s demise.