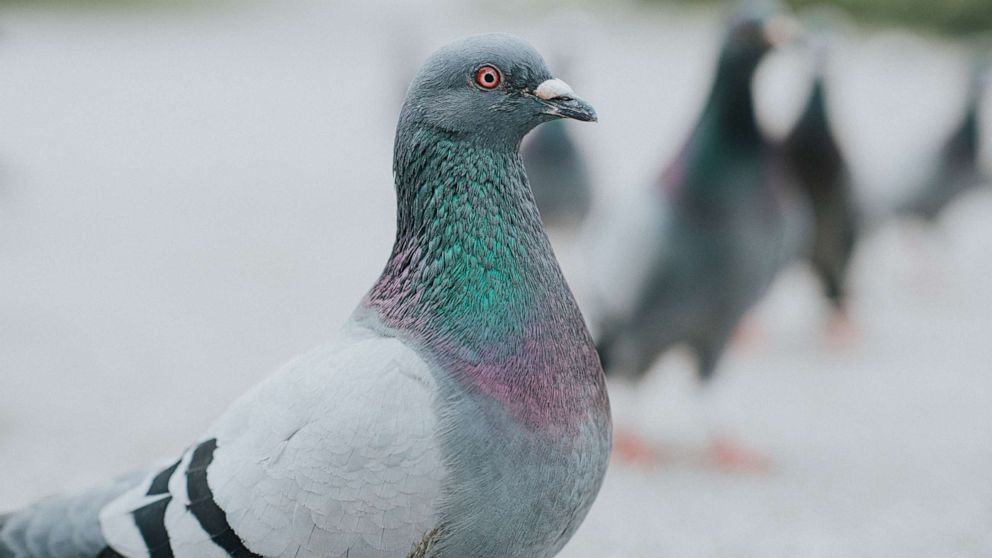 Many animals can sense things that humans cannot — the humble pigeon, for instance, is capable of sensing and navigating via the Earth’s invisible geomagnetic field. Scientists have long been interested in how this is possible. Now, a new study published in the journal PNAS suggests that promising structures in the pigeons’ inner ears are not, in fact, the answer.

A few different parts in the pigeon’s anatomy have been suggested as sources of magnetoreception, including structures in the eye and in the region of the pigeon’s beak. But the inner ear has also been a candidate, due to the presence of iron-rich, roughly ball-shaped objects called cuticulosomes within sensory cells of the ear.

In this new study, scientists in Australia and Europe investigated these structures by taking thin slices of tissue from a pigeon’s inner ear and laying them on top of flat diamond chips. The chips fluoresce, and this fluorescence can be intensified or dimmed by nearby magnetic substances such as the cuticulosomes. Using a camera and a microscope to measure these changes, the scientists were able to estimate how sensitive the cuticulosomes would be to the Earth’s magnetic field.

They found that the cuticulosomes were five orders of magnitude too weak to function as particle-based magnetoreceptors, potentially eliminating them as options for how pigeons navigate.

These results could help scientists narrow their investigations into the sensory universe of pigeons. “If you rule out one particular candidate, that draws us closer to finding out what the true mechanism by which they use the Earth’s magnetic field to navigate could actually be,” said Rob de Gille, first author of the paper and a doctoral candidate at the University of Melbourne in Australia.

As for what the cuticulosomes may actually be doing, scientists aren’t sure. Cuticulosomes are also found in other bird species such as ducks, chickens and ostriches, and it’s been suggested that they may provide a kind of iron storage or may help stabilize parts the ear cells. “It’s very strange to just have a ball of iron sitting in there. Presumably it’s doing something,” said de Gille.

The results also suggest that the technology used in this study could be useful in investigating how other animals use magnetoreception or use magnetic substances in their bodies.

“Developing new methods of microscopy can open up new avenues for research into these really interesting problems,” said de Gille. “If you want to know about something, the best way to do it is to look at it.”