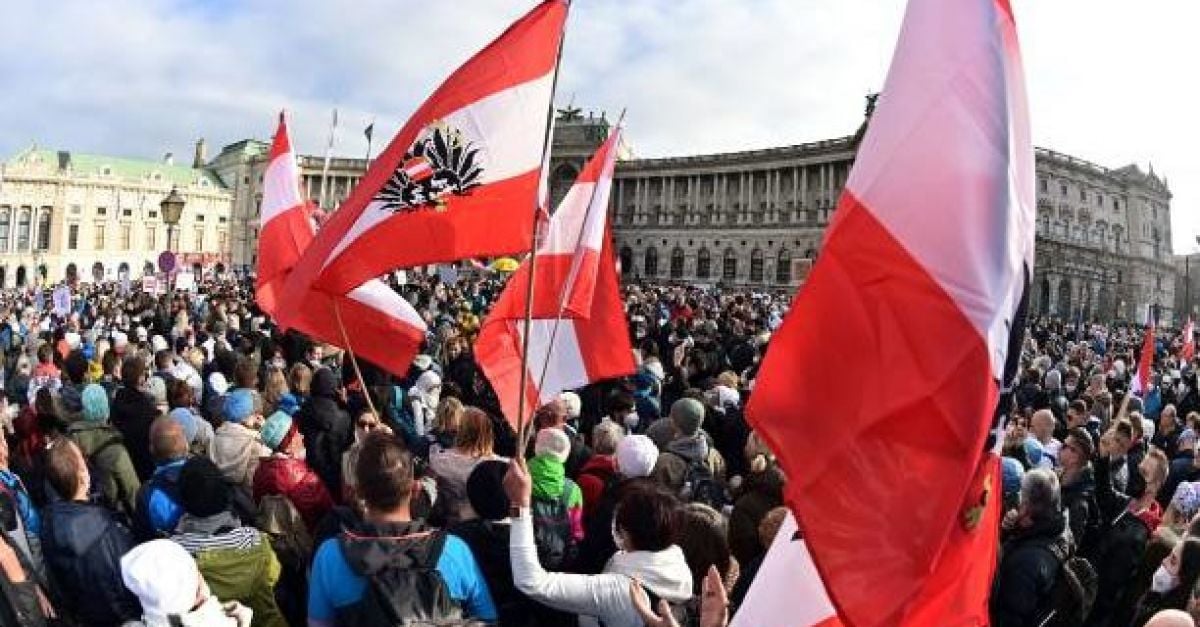 Austria will become the first country in Western Europe to reimpose a full Covid-19 lockdown, it said on Friday as neighbouring Germany warned it may follow suit, sending shivers through financial markets worried about the economic fallout.

Thousands of protesters gathered in Vienna on Saturday after the Austrian government announced a nationwide lockdown to contain the quickly rising coronavirus infections in the country.

The far-right opposition Freedom Party was among those who have called for the protest and vowed to combat the new restrictions.

Demonstrations against Covid measures were also expected in other European countries, including Switzerland, Croatia and Italy. Germany’s situation is so grave that a lockdown, including vaccinated people, cannot be ruled out, the health minister said, adding the country was in talks with Pfizer about possibly buying its experimental antiviral pill.

A third dose of the Covid-19 vaccine should be extended to all French people aged over 40, France’s health regulator said.

Dutch healthcare officials said they have begun delaying operations for some cancer and heart patients to free up space in intensive care units during a record wave of COVID-19 infections.

Russia, which reported a record daily high of deaths in the last 24 hours, said its level of collective immunity against Covid-19 stood at 50.2 per cent as of November 19th, up from 49 per cent the previous week.

The U.S. Food and Drug Administration has authorized booster doses of Covid-19 vaccines for all adults six months after having been fully vaccinated with the shots from either Pfizer Inc and partner BioNTech SE or Moderna Inc.

Canada authorized the use of Pfizer Covid-19 vaccine for children aged 5 to 11, paving the way for the inoculation of elementary school-age children across the country.

Japan unveiled a record $490 billion spending package to cushion the economic blow from the pandemic, bucking a global trend towards withdrawing crisis-mode stimulus measures and adding strains to its already tattered finances.

The first known case was a market vendor in China’s Wuhan, not an accountant who appeared to have no link to the market but whose case contributed to speculation the virus could have leaked from a lab, according to a U.S. study.

Nigeria’s economy grew just over 4% in the third quarter, the statistics office said on Thursday, lifted by higher oil prices, as the country targets mass vaccination from this month.

The European Union’s drug regulator has issued advice on using Merck’s Covid-19 pill for adults and began a review of a rival tablet from Pfizer to help member states decide on quick adoption ahead of any formal EU-wide approval.

Pfizer plans to apply for a European authorisation of its experimental antiviral pill, German weekly Wirtschaftswoche said, citing sources close to the European Medicines Agency and the company.