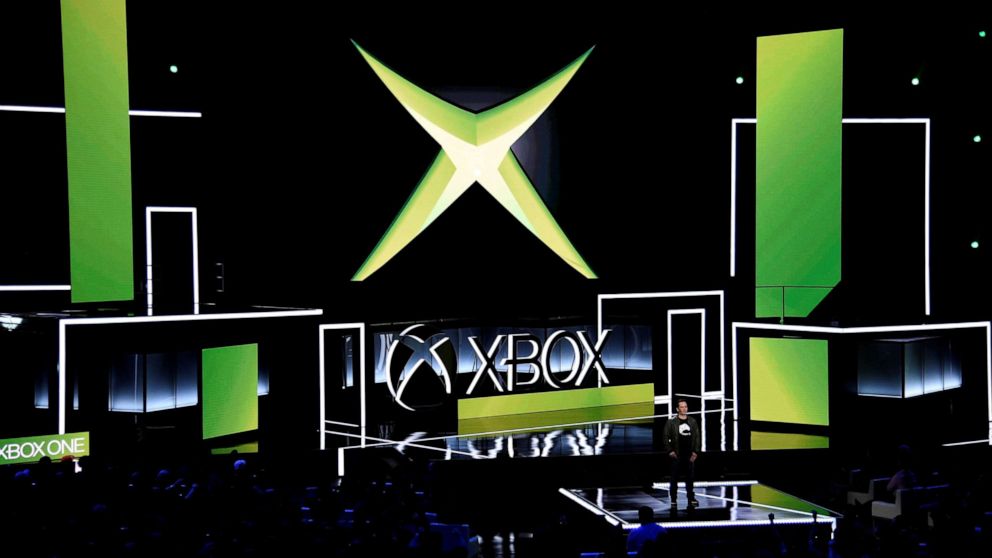 This month marks 20 years since Microsoft unveiled the first Xbox.

On Nov. 15, 2001, at an event that included a guest appearance from Dwayne “The Rock” Johnson, then-Microsoft CEO Bill Gates pulled the wraps off the black and green gaming device. Since then, Xbox has released four generations of popular gaming consoles. Success, however, wasn’t always a sure thing.

“They were a boring tech company,” IGN Executive Editor Ryan McCaffrey told ABC News. “Games were not something you associated Microsoft with.”

“The company took a huge risk,” Danny Peña, Games Editorial Lead at G4TV and host of the podcast Gamertag Radio, told ABC News. “They were not a 100% sure if the concept was going to be successful or not.”

Early Xbox consoles came with ethernet ports, which supported Microsoft’s online gaming service Xbox Live. Launched a year after the original Xbox, the service allowed gamers to play with their friends over high-speed internet at a time when many systems still used slower, dial-up connections.

“With broadband gaming, you could just have a better quality game experience, and it really changed everything,” McCaffrey said.

Microsoft was ahead of its competitors when it came to offering faster connection speeds, he said.

As for the games Xbox players were interested in, McCaffrey said it’s difficult to separate the success of the Xbox from the popularity of its flagship Halo franchise – a series of sci-fi action titles that launched alongside the console in 2001.

“I’ve never experienced a first-person shooter like this ever in my life,” Peña, who was one of the first to play the original Halo: Combat Evolved game at a Microsoft launch event in 2001, said. “That was the game that put Xbox on the map.”

“There’s an argument to be made – a very good argument – that we would not even be having this conversation if not for Halo. Because the original Xbox might not have survived if Halo had not been this incredibly big deal,” he adds.

But the road to the Xbox’s 20th anniversary has had its fair share of potholes as well. The controller for the original Xbox was widely panned for being too big and uncomfortable to hold. One Twitter user joked it was so large it “had its own weather systems” and “affected tides.”

Early examples of the second-generation Xbox 360 were prone to hardware issues. According to a 2009 study, nearly a quarter of the consoles experienced some form of system failure – four times the rate of its contemporary competitor, Sony’s PlayStation 3. Reliability problems were so pervasive that Microsoft issued a recall to address the most common failure, nicknamed the “Red Ring of Death” because it caused the ring around the console’s power button to glow red.

According to Business Insider, the recall is estimated to have cost Microsoft more than a billion dollars.

Over the last two decades, the company has added hardware and software features, including things like Xbox Live, a motion-tracking “Kinect” system, voice controls, and even a streaming service for games called “xCloud.”

According to Peña, a theme that distinguishes the Xbox brand from competitors like Sony and Nintendo is a focus on making video games accessible to people with disabilities.

“Microsoft has been very supportive when it comes to accessibility,” Peña said, citing the recently released Forza Horizon 5 racing game, an Xbox exclusive title, as an example.

The game can be customized with high-contrast colors or color-blind options intended for players with sight impairments, or set to run at a reduced speed, which gives players more time to react to the high-speed action.

Microsoft said it will also soon allow people with hearing impairments to play the game with on-screen interpreters for American or British Sign Language.

“They’re the one the company has been doing the most out of every other company out there right now,” Peña said. “I have family members that – they’re deaf, you know, and now they could also play the game and have that same experience that I have … I think that’s very, very important.”

At an anniversary event last Monday, which also featured a cameo from The Rock, Microsoft announced it would start allowing gamers to try out a beta version of the upcoming Halo: Infinite a few weeks early, ahead of the game’s release early next month. But not all of those gamers will be standing in line outside retailers awaiting its release, as many Halo fans in the past have done. Recent Xbox consoles, like the current “Series S” and a version of the high-end “Series X,” don’t feature disk drives. Instead, Microsoft has been pushing digital game downloads and even streaming games via xCloud. Peña said that could give us a hint as to the future of the console.

“Without buying the physical version, they can just play it through their phone, through their smart TVs – I could definitely see that.”

Listen to ABC’s Mike Dobuski take a look back at 20 years of Xbox: