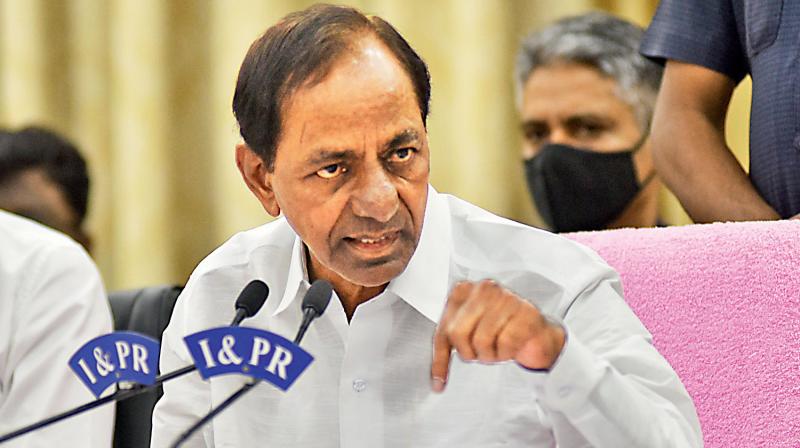 Hyderabad: Elected representatives of the ruling TRS are giving sleepless nights to the party leadership by threatening to contest the upcoming MLC polls under local bodies quota independently to press for their demands.

The party leadership has roped in ministers and MLAs to pacify them.

The Election Commission has, on November 16, released a poll notification to hold elections for 12 MLC seats under local bodies quota. The last date for nominations is November 23 and the polling will be held on December 10.

The elected representatives of urban and rural local bodies, namely sarpanches, MPTCs, ZPTCs, ward members, councilors and corporators are eligible to vote in these elections. There are over 5,500 voters in these categories. Of them, about 90 per cent belong to the ruling TRS alone.

TRS chief and chief minister Chandrashekar Rao is yet to declare the party's candidates for the 12 MLC seats.

However, the elected representatives who are angry at the state government for not giving them priority, powers and funds in their respective villages and mandals, are threatening to contest the polls independently if their demands are not met.

Surprisingly, the voice of dissent came first from the undivided Medak district, which is represented by none other than KCR and minister Harish Rao.

The MPTCs and ZPTCs from this district held a meeting and threatened to contest the MLC polls independently if their demands were not met. Soon, the dissidence within TRS spread to other districts. With this, the party chief has roped in panchayat raj and rural development minister Errabelli Dayakar Rao and in-charge ministers of respective districts to hold talks, pacify them and prevent them from filing the nominations.

Dayakar Rao on Thursday invited the leaders of MPTC and ZPTC associations to the ministers' quarters in Hyderabad and held talks with them. He assured them to look into all their demands by holding talks with the CM very soon and asked them not to contest the MLC elections.

Rao pacified them by saying the TRS government recently enhanced their salaries significantly and is ready to consider their other demands positively. However, association leaders are yet to come up with their
response on the minister's assurances.