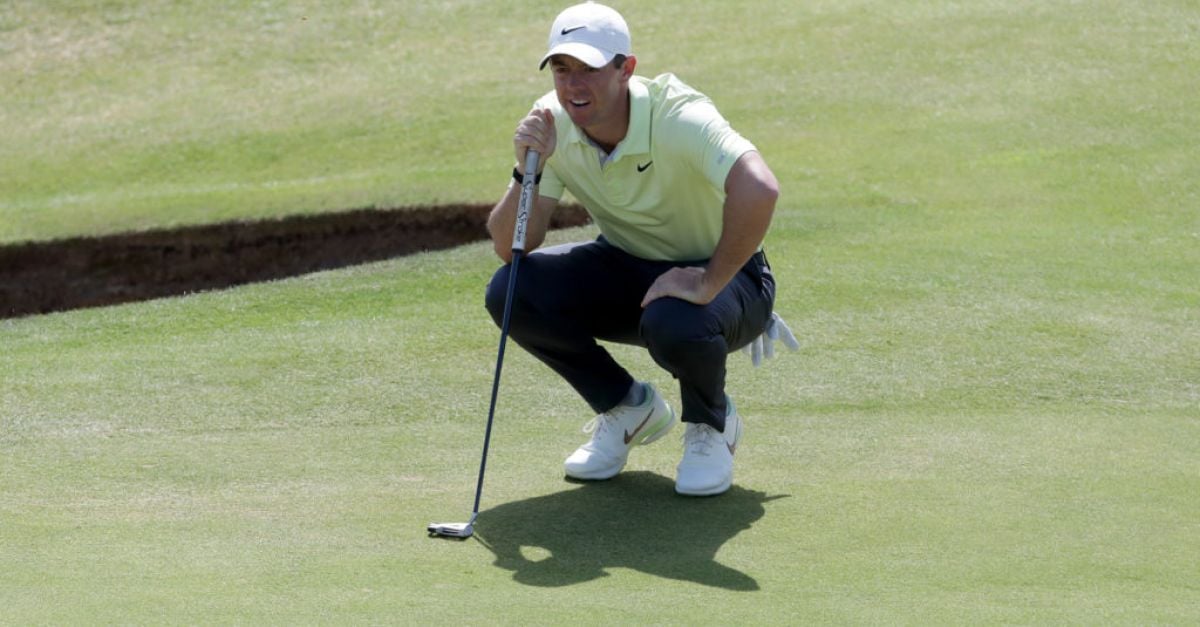 Rory McIlroy will take a one-shot lead into the final round of the DP World Tour Championship after a birdie on the last handed him a third-round 67 in Dubai.

The Northern Irishman is a two-time winner of the European Tour’s season-ending event and a third victory would make it back-to-back wins worldwide after his PGA Tour triumph at the CJ Cup last month.

He has not achieved that feat since 2014, when he won the Open Championship, WGC-Bridgestone Invitational and US PGA Championship – his fourth and last Major success to date – on consecutive starts.

18 holes of the season left.

That looked a distant prospect as he lost his first three matches in September’s Ryder Cup at Whistling Straits, where his victory over Xander Schauffele in the singles was followed by an emotional interview in which he said he felt he had let his team-mates down.

Since then he has parted ways with swing coach Pete Cowen and returned to long-time mentor Michael Bannon, revealing this week that he was taking more personal ownership of his game.

The move seems to be paying dividends and he will head into the final round over the Earth Course at 14 under, one shot clear of England’s Sam Horsfield and two ahead of Scot Robert MacIntyre and Swede Alexander Bjork.

“I’m looking forward to it,” he said. “I’m right where I want to be. I want to be contending on Sundays in golf tournaments and feel like I’m back to playing the way I should and the way that will get me back contending. I’m excited. I’m excited to go out there and try to pick up another one.”

Entering the day a shot off the lead after a double bogey on the last on day two, McIlroy led by two as he recovered from an opening bogey with birdies on the second, third, sixth, ninth, 10th and 14th.

He got a lucky break when his tee-shot at the par-three 17th looked to be heading for the water but settled on the rocks and, while he could not save par there, a birdie on the last moved him ahead of Horsfield, who dropped a shot on the same hole.

A two-time winner in 2020, Horsfield is looking for the biggest victory of his career and carded a 69 on day three after holding a share of the lead after 36 holes.

“It was a little sloppy, it wasn’t my best stuff,” he said.

“I’ve played with Rory a few times. He’s a good dude and I’m really looking forward to it. Just try to play good golf again and see what happens.”

MacIntyre holed a 72-foot putt for birdie on the fourth and added an eagle on the seventh but also bogeyed the last after finding the water in his 67.

“I’m playing great and I’m committing to every shot and I’m accepting everything,” he said. “That’s when I play my best golf.”

Open champion Collin Morikawa carded a 69 to sit three shots off the lead and remained in pole position to become the first American to take the Race to Dubai title and be crowned Europe’s number one.