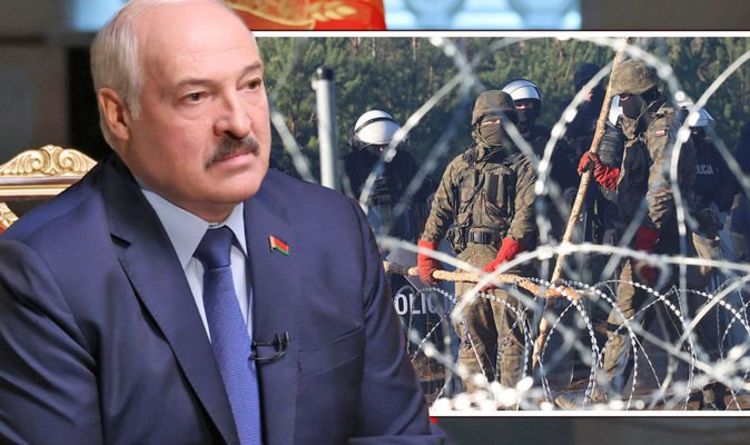 President Alexander Lukashenko said does not want confrontation with Poland but has urged the to take in 2,000 migrants stranded on its border or face a “catastrophic war”.

The Belarusian dictator said on Monday after Warsaw warned that tensions over the trapped people could flare up, that he wanted to show Poland they are not “barbarians”.

The EU accuses Belarus of flying in thousands of people from the Middle East and pushing them to cross into the EU via Poland, Lithuania and Latvia in response to European sanctions.

Polish Prime Minister Mateusz Morawiecki warned on Sunday that the migrant crisis on the Belarus border may be a prelude to “something much worse”, and Poland’s border guard said Belarusian forces were still ferrying migrants to the frontier. 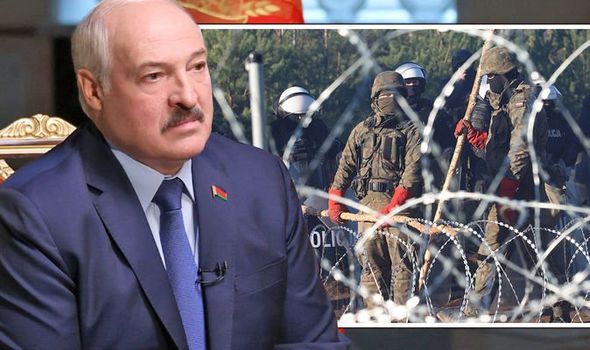 Mr Lukashenko, as quoted by the state-owned Belta news agency, said he did not want things to escalate.

He warned: “We need to get through to the Poles, to every Pole, and show them that we’re not barbarians, that we don’t want confrontation. We don’t need it.

“Because we understand that if we go too far, war is unavoidable.

“And that will be a catastrophe.

“We understand this perfectly well.

“We don’t want any kind of flare-up.”

Poland has threatened to cut a train link between the two countries if the situation does not improve, and Lukashenko was quoted as saying that threat could backfire.

Rail traffic could be diverted to run through a conflict zone in eastern Ukraine in such a scenario, he said.

Last Thursday, the European Commission and Germany publicly rejected a Belarus proposal made that same day that EU countries take in 2,000 of the migrants currently on its territory. 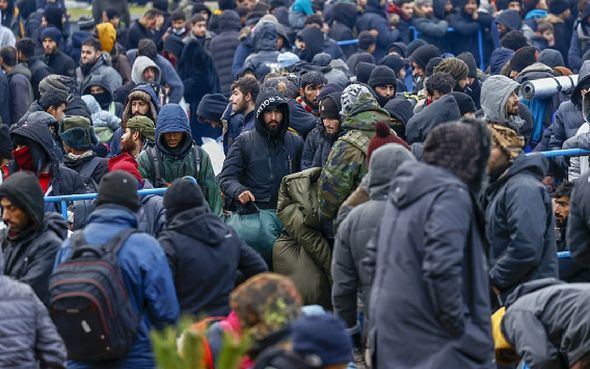 But Lukashenko, according to Belta, said on Monday he must insist Germany take in some migrants, and complained that the EU was not making contact with Minsk on the issue.

He said: “I’m waiting for the EU to answer.

“They don’t even look at it (the problem). And even what she (German Chancellor Angela Merkel) promised me – contacts. They are not even getting in touch.”

Belarus’s plan would also include Minsk sending some 5,000 migrants back home, and Lukashenko said Belarus was preparing a second flight to send migrants home at the end of the month.

Over 400 Iraqis were sent back to Iraq last week, in the first such repatriation flight since August.

Poland says Belarusian forces were still ferrying migrants to the frontier, despite clearing the main migrant camps by the border last week.

A group of around 150 migrants tried to break through the border fence near the village of Dubicze Cerkiewne on Sunday, the Polish Border Guard said on Monday.

Stanislaw Zaryn, the spokesman for Poland’s security services, wrote on Twitter: “Groups are making such attempts and Belarusian officials are becoming more and more aggressive.”

Lithuanian border guard says 70 migrants were prevented from entering on Sunday. Two Ukrainian citizens were arrested on Sunday, in two separate but similar incidents, as they arrived at the border to pick up the migrants, presumably for further transportation.