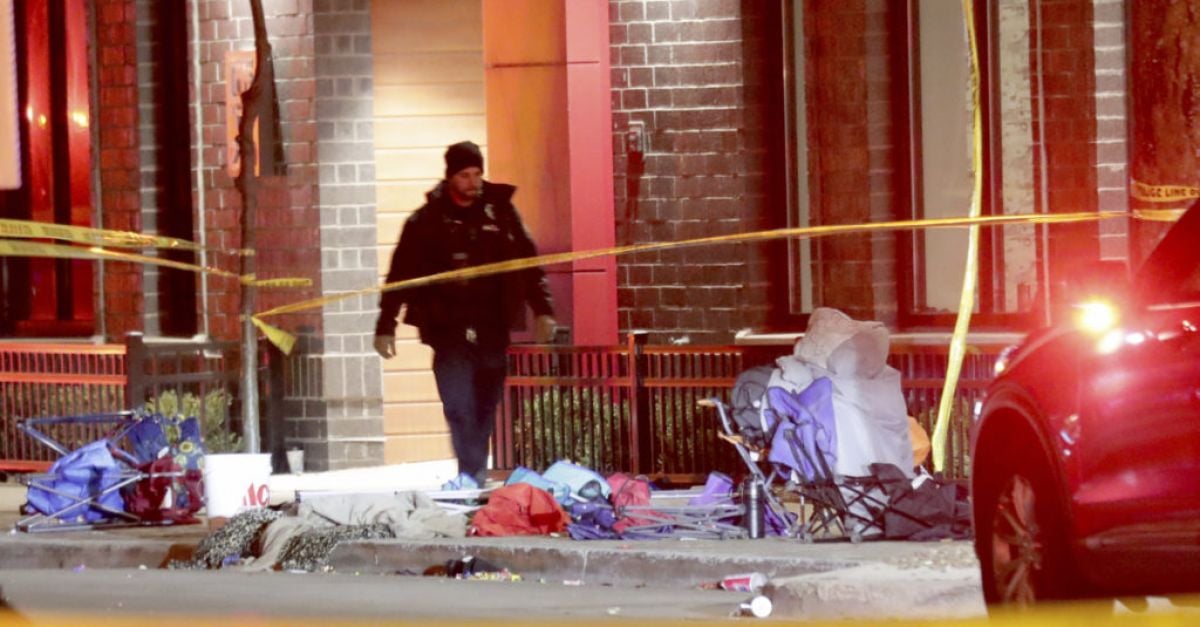 More than 20 people have been injured after a car crashed into a Christmas parade in a city in Milwaukee.

Chief of Waukesha Police Dan Thompson confirmed that dozens were injured during the parade in Waukesha on Sunday and had been taken to hospital.

In a press briefing, he told journalists: “We have a person of interest that we are looking into at this time.”

It was not clear if the person is in custody.

Mr Thompson added the investigation is ongoing but a “suspect vehicle” has been recovered. People have been urged to avoid the downtown area.

Waukesha mayor Shawn Reilly told WITI television station in Milwaukee that he does not believe there is any current danger to the public.

Footage posted on social media, which appeared to be a live video feed, showed a red vehicle breaking through barriers and speeding into the road where the parade was taking place.

A second video taken along the parade route showed a group of what appeared to be teenage girls dancing with white pompoms and wearing Santa hats.

The vehicle then plows into the group as the person filming shouts, “Oh my God!” over and over. The video shows people tending to at least one of the girls on the ground.

Another video shows the car striking what appears to be members of a marching band and several others along the parade route before driving on. The sound of the marching band heard before the car approaches is replaced by screams.

Corey Montiho, a Waukesha school district board member, told the Milwaukee Journal Sentinel that his daughter’s dance team was hit.

“They were pom-poms and shoes and spilled hot chocolate everywhere. I had to go from one crumpled body to the other to find my daughter,” he said. “My wife and two daughters were almost hit. Please pray for everybody. Please pray.”

In a statement on Facebook, officers added that a family reunification location has been established at the Metro Transit Centre by Bank Street.

Angelito Tenorio, a West Allis alderman who is running for Wisconsin state treasurer, told the Milwaukee Journal Sentinel that he was watching the parade with his family when they saw the vehicle come speeding into the area.

He told the newspaper: “We heard a loud bang, and just deafening cries and screams from people who are struck by the vehicle.

“Then we saw people running away or stopping crying, and there, there are people on the ground who looked like they’d been hit by the vehicle.

“It just happened so fast. It was pretty horrifying.”

Mr Tenorio said he saw about 10 people, children and adults, on the ground who appeared to have been hit by the vehicle.

The parade is sponsored by the city’s Chamber of Commerce. This year’s edition was the 59th of the event that is held each year the Sunday before Thanksgiving.

Waukesha is a western suburb of Milwaukee, and about 55 miles north of Kenosha, where Kyle Rittenhouse was acquitted on Friday of charges stemming for the shooting of three men during unrest in that city in August 2020.