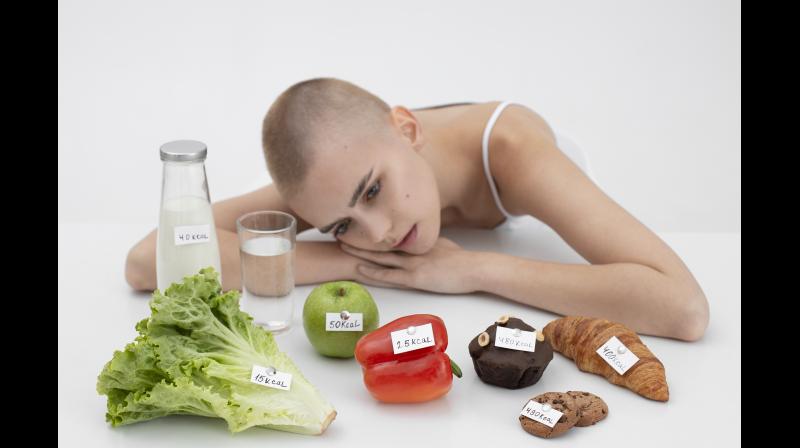 Obsessive health consciousness has led to a new type of eating disorder — the clean-eating disorder, or orthorexia. The apparently surge in the obsession with healthy eating becomes all-consuming for some people. What’s more, celebrities like NFL star Tom Brady and Instagram “health gurus” may be contributing to the rise of this disorder.

Speaking of Tom Brady, he openly restricts white salt, white sugar and white flour, keeps off peppers and tomatoes and uses nothing but coconut oil to cook. As for his followers, they believe if it works for Tom Brady, it must be good. But that’s debatable.

While better-known eating disorders like anorexia and bulimia focus on food quantity, orthorexia is all about the quality of food and about selecting foods that are “pure” and “clean”. It’s a diet that “clean eaters” try to mimic.

Ryan Fernando, sports nutritionist with a Master’s degree in biochemistry, believes there’s a certain population that’s vain or narcissistic especially with the world moving towards being influenced by good-looking celebrities.

“To look good, many teenagers start off with eating disorders, which mostly continue through life. Such people not only get into the bandwagon of starving themselves and developing conditions like anorexia nervosa and bulimia but also begin excessively working out or focusing on healthy foods,” says Ryan, whose clients include wrestler Sushil Kumar, Cricketers Virat Kohli, Rishabh Pant and Rohit Sharma.

“They are concerned about the quality and source of food to an extent that leads to anxiety. They avoid outside food, assuming they won’t meet their standards of cleanliness and its effect on their health because of which they avoid going out with friends or family and sometimes even stop socialising,” she says.

Ryan also talks about the many clients and recreational marathon runners who’ve approached him for fitness, weight loss, improved timings and breaking marathon records. “Sometimes, fitness enthusiasts, both men and women, begin to change the way they eat for the sake of better performance.

Over a period, some people, however, tip over to the excessive side of things rather than balance, getting overly immersed in the labels, ingredients, nutrition factor, the purity of the nutrients in the food (via vegan and organic food), etc. in that it becomes an addiction to eat and stay healthy.”

Obsessive health-food trip could cause nutrient deficiencies
Such obsession about healthy food can lead to nutritional deficiencies, including compromised bone mass, extreme weight loss and malnourishment, which takes a mental toll, too.

“A lot of vegetarian or vegan food may not contain the requisite quantity of Vitamin B12, hence leading to problems in those who follow a vegan diet for a year or two,” elaborates Ryan. “So a vegan could be Vitamin-B12 deficient and could be unaware about it.”

B12 is responsible for sleep, preventing depression, energy release from foods and preventing anaemia — lack of B12 can even cause insomnia. “Some clients claiming to be healthy get a blood test to find mineral and vitamin deficiencies, which were enhanced by their fashionable choices of eating healthy.”

All that’s getting pushed off the plate
Orthorexics are obsessive about following diets, weighing foods, being very strict about going out and not being flexible in their food choices. Ryan says such food choices are great when you’re on a weight-loss programme or a planned fitness goal like trying to win a marathon. “But if the behaviour continues, it poses a risk to the client,” says Ryan, adding that in extreme cases, some people do enemas, detox diets and unnecessary fasting like water and dry fasts etc.

If you’re really serious about making changes, talk with a professional, advises Ryan. “The correct way to treat this condition is to work with a nutritionist; the nutritionist can set fixed goals for the client to operate beyond the boundaries of a fixed diet and not allow them to prescribe their own diets and health. Just like some people spend on pizzas and pastas, these people spend on stacking up too much of healthy foods and these lie freezing in their refrigerator or cupboards which is not a good behaviour,” he adds.

Excess of anything is bad
l Orthorexics fear sickness
l  They become malnourished and lose weight as they limit their intake of variety of foods in the regular diet
l  They spend much time in planning their meals
l  They sometimes drop a whole category of food groups
l Orthorexia causes different kinds of biological, cultural, social and psychological risks in people
l They need psychological treatment, including counselling on their body’s nutritional requirements that help in maintaining good health
l Those with orthorexia are more prone to anxiety and stress, so it’s a good idea for them to start with breathing exercises, meditation, yoga, etc.
l  They should start with flexible eating to meet all the dietary requirements.
l  They should join a support group
l  They could consider talking to a dietician to create a healthy and balanced diet plan and lifestyle modifications

Cardi B to Billy Porter: Fashion at the American Music Awards was suitably extravagant