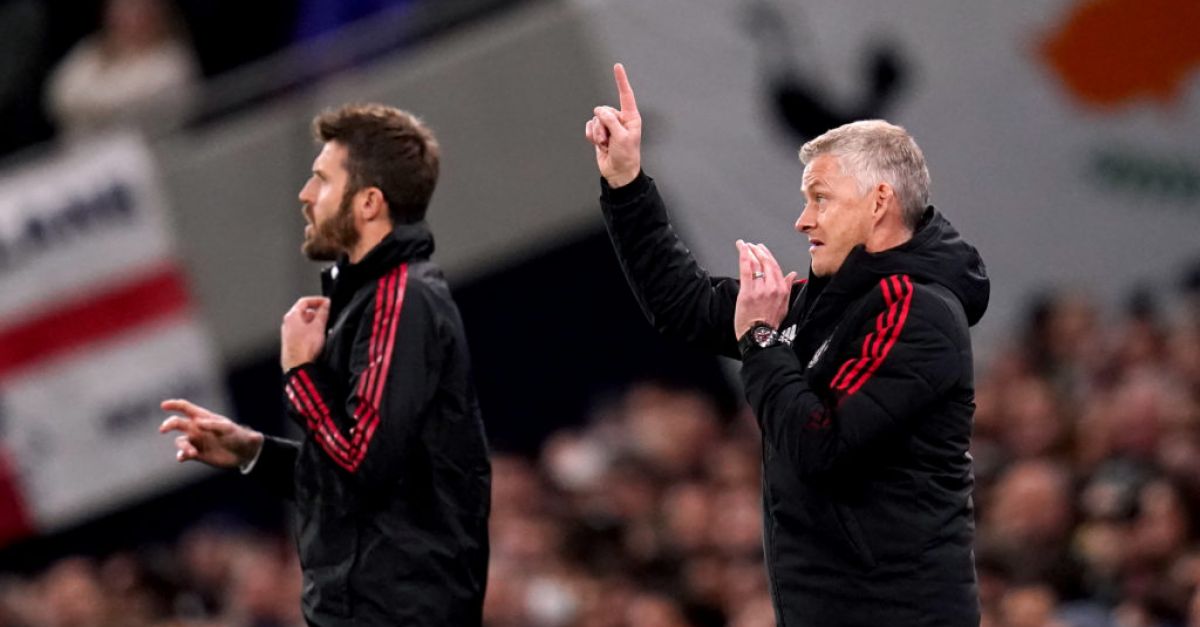 Michael Carrick is the next former player taking temporary charge of Manchester United after Ole Gunnar Solskjaer was sacked.

The first-team coach has stepped into the breach after United ended Solskjaer’s three-year reign following a run of poor results which included a 5-0 defeat to arch-rivals Liverpool and a derby loss to Manchester City before the final straw of the embarrassing 4-1 reverse at Watford.

Carrick’s first job as caretaker boss while the club’s hierarchy find an interim manager to take them through to the end of the season is to face the media on Monday ahead of a crucial Champions League tie in Villarreal.

Solskjaer, himself brought in as caretaker in December 2018 following Jose Mourinho’s exit before getting the job on a permanent basis, admitted he paid the penalty for not being able to “take the next step” after some encouraging progress.

Last season United finished a distant second to Manchester City – 12 points behind in the Premier League – and lost the Europa League final to Villarreal after a marathon penalty shoot-out.

“I wanted us to take the next step to challenge for the league, to win trophies… but unfortunately I couldn’t get the results we needed and it’s time for me to step aside,” a clearly emotional Solskjaer told MUTV.

“Second place last season ahead of arguably one of the best teams in Europe (Liverpool), I think that’s a great achievement as well.

Thank you Ole. You did us proud . The last two months were tough but before that you restored some soul into the club. ❤️ pic.twitter.com/cseYVIFgqK

“And we were so close in Europe. Sometimes that’s the fine margin for you, one penalty.”

While Carrick is the immediate solution, United do not have a succession plan in place but former defender Gary Neville believes the club should be looking at ex-Tottenham manager and current Paris St Germain boss Mauricio Pochettino.

“He’s always been a stand-out candidate and the only name I’ve mentioned as someone I thought really suited Manchester United in terms of core principles and values and how they play, how he acts and behaves,” Neville told Sky Sports.

“They haven’t planned or prepared for this, it’s deteriorated so badly and so quickly; Michael takes over now, the only option the club had was to put someone in to the end of the season, that’s been obvious for the last few weeks.

“If there was a world-class manager sat on the shelf ready to go two or three weeks ago, I think Ole would have been gone by now.”

As soon as United called an emergency board meeting on Saturday night it was obvious the writing was on the wall for their former striker, who despite changing the atmosphere around the club following the toxic end of Mourinho’s reign never really convinced in the role.

In a statement announcing his departure, the club said: “Ole will always be a legend at Manchester United and it is with regret that we have reached this difficult decision.

“While the past few weeks have been disappointing, they should not obscure all the work he has done over the past three years to rebuild the foundations for long-term success.

“His place in the club’s history will always be secure, not just for his story as a player, but as a great man and a manager who gave us many great moments.”

Solskjaer offered his best wishes to the man who eventually succeeds him.

“I want him to be successful. Hopefully I’ve laid the foundations for that to happen because I know I’m good at what I’m doing,” he added.

“I’m so honoured and privileged to have been trusted to take the club forward and I really hope that I leave it in a better state than when I came.

“I know the foundation is there, I know they’re ready to kick on and I’m sure they will.”