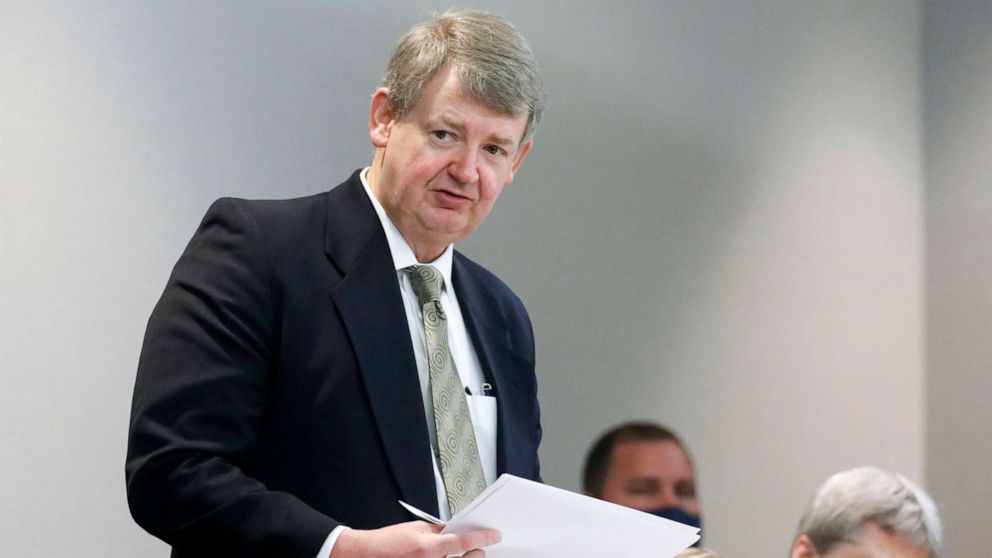 Defense attorney Kevin Gough called the murder trial of Ahmaud Arbery, an unarmed Black jogger, a “public lynching” of his client — who is one of three white men accused of chasing and killing Arbery.

He claimed that the trial has been “infected by mob violence by the woke-left mob,” and asked the judge for a mistrial once again. His request was denied by the judge.

“Third parties are influencing this case,” Gough said, referring to the “spectator activity” and “media frenzy” concerning public figures attending the trial and gathering outside of the courtroom. “This is what a public lynching looks like in the 21st century.”

Prosecutor Linda Dunikoski had argued that “there’s absolutely no evidence here that the jurors have been influenced in any way by the first and only larger crowd that came yesterday. No evidence that they even knew it was out there.”

Travis McMichael — who fatally shot Arbery on Feb. 23, 2020, while Arbery was jogging — claims he shot him in self-defense.

That day, McMichael was accompanied by his father Gregory and their neighbor Bryan. They followed Arbery, because they say they had believed that the 25-year-old was a criminal following recent reports of crime in the neighborhood.

Detective Parker Marcy testified that Gregory claimed he armed himself because he suspected Arbery may have stolen a handgun from his son’s truck several weeks earlier, but he acknowledged he had no proof of this.

The McMichaels claimed, through their lawyers. that they were attempting to make a citizens’ arrest. On the witness stand Thursday, McMichael said that Arbery never verbally threatened him or brandished a weapon during the five minutes the three of them chased Arbery before he was fatally shot.