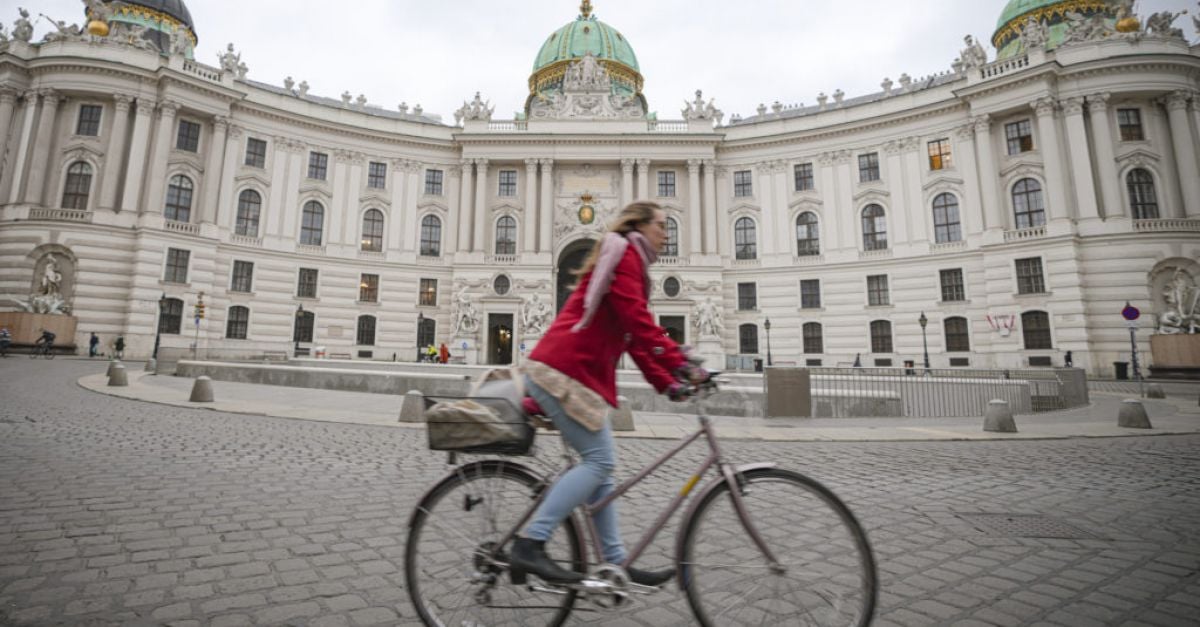 Austrians savoured a final mulled wine in packed Christmas markets before the curtain came down on the holiday season as it was just getting under way, plunging the country into its fourth lockdown of the pandemic.

The capital, Vienna, woke to the new restrictions on Monday, with people heading in to work, taking children to school and exercising outdoors, more or less as usual.

This was not the draconian lockdown at the start of the pandemic in 2020, when movements were strictly monitored and discouraged. Police cars circulated, in keeping with government promises to step up controls, but no spot checks were being made.

“I am particularly annoyed by the lockdown,” Georg Huber, a lawyer on his way to work, said.

“One should have done more research in, I don’t know, summer? One should have implemented a mandatory vaccination in the summer, when it turned out it would not be enough to hope that people get there without any coercion. I think the government just overslept.”

Austria has one of the lowest vaccination rates in western Europe, at around 66% of the population of 8.9 million people. There is a vocal minority who refuse to be inoculated.

The government announced the nationwide lockdown on Friday, as the average daily deaths tripled in recent weeks and hospitals in hard-hit states warned that intensive care units were at capacity.

As of Monday, people can leave their homes only for specific reasons, including buying food, going to the doctor or exercising.

Nurseries and schools will remain open for those who need them, but parents were being asked to keep their children at home if possible.

Health minister Wolfgang Mueckstein said the lockdown was necessary to bring down the number of new daily infections, which had spiked at up to 15,000 a day, and to reduce the number of Covid patients in intensive care, currently running at 531.

Most of all, he said, it was needed to bring relief “to the people who work in this sector, the nurses and doctors who cannot take it anymore”.

“It is a situation where we have to react now. The only way is with a lockdown, a relatively hard method, to lower the numbers with a wooden hammer,” Mr Mueckstein told national broadcaster ORF.

Political analysts say the government did not effectively communicate the necessity of the vaccinations early enough, and that many Austrians did not take the campaign seriously enough after former chancellor Sebastian Kurz declared the pandemic “over” last summer.

Mr Kurz was forced out in a corruption scandal last month, replaced by his foreign minister, Alexander Schallenberg, who in less than a week expanded the controversial lockdown on the unvaccinated to a lockdown for everyone.

Mr Schallenberg has also pledged to make vaccinations mandatory by February 1, with the details to be hammered out.

Experts have speculated that it could be limited to certain age groups or even tied to employment, as Italy has done. In Italy, health passes are required to access places of employment, and can be obtained with a negative test valid for 48 hours in addition to the vaccination or proof of having recovered from the virus.

On the eve of Austria’s latest lockdown, people flocked to Christmas markets for one last night of public socialising, and many spent the weekend getting ahead on holiday shopping before shops closed.

The Austrian Trade Association said sales were up 15% on Saturday, when lines formed to take advantage of Black Friday deals, compared with the same day in 2019, before the pandemic.