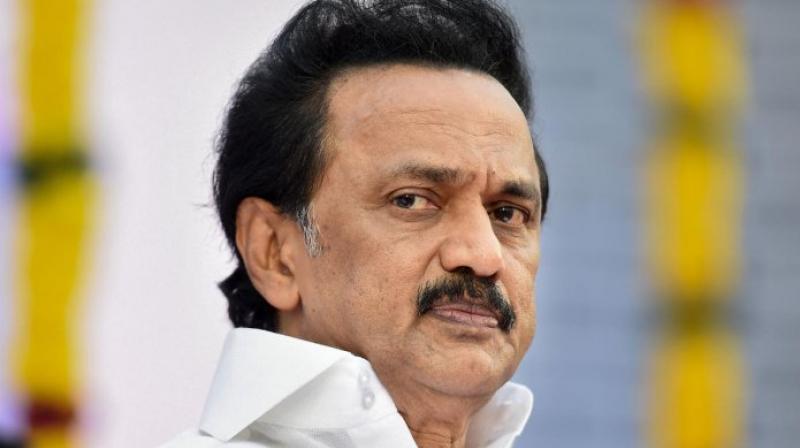 Chennai: After Prime Minister announced the repeal of farm laws, Tamil Nadu Chief Minister MK Stalin on Friday said that Parliament must take action on the first day of the winter session to formally repeal all the three laws.

He also demanded the repeal of other laws, including the Citizenship Amendment Act.

In a press release, the CM said, "The Prime Minister said that all the three agricultural laws will be withdrawn. I wholeheartedly welcome what Narendra Modi announced this morning. This is a great victory for the agrarian masses and the democratic forces who have fought against these three laws for the past one year."

He further said, "It was the relentless struggle across India that persuaded the Union Government, which had said that there was no room for talk of withdrawing all three laws, to come down."

When these laws were introduced, the Dravida Munnetra Kazhagam (DMK) opposed them from the outset. Raised the voice in Parliament. Voted against them in the Lok Sabha and the state legislatures. We also filed a case in the Supreme Court, the CM said.

He further said, "Parliament must take action on the first day of the session to formally repeal all three laws. The Union government should bring in the struggling peasants and negotiate. We have to listen to the demands of the farmers. We need to provide financial assistance to all the farmers who lost their lives in the struggle and withdraw all cases. We need to build confidence in the farmers by accepting and implementing these demands. If Indian agriculture is to prosper it must prosper through farmers."

He added, "I urge the Union government to come forward and implement the constructive agenda underlying it, and to repeal laws that other people do not want, including the Citizenship Amendment Act."