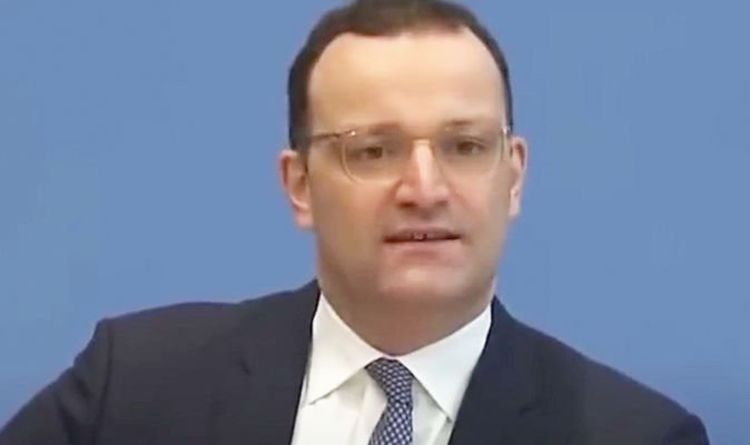 faces the dire news it may require further and restrictions as it heads into the winter as new variants dominate the country which has caused more infections. Around 68 percent of the population are fully vaccinated, one of the lowest in Europe, as German leaders including outgoing Chancellor Angela Merkel call for further restrictions to curb the rise in cases. Health Minister Jens Spahn issued the dire warning that Germans would either be “, recovered or dead” after the winter, stating it was the “reality” for millions of people.

Speaking during a German press conference, Mr Spahn gave his assessment of the COVID-19 situation in Germany and angered some for his “cynical” views.

He told reporters: “Probably by the end of this winter pretty much everyone in Germany — as has sometimes been cynically put — will be vaccinated, cured, or dead.

“But this really is the case: With the very contagious Delta variant, it is very, very likely that anyone who is not vaccinated will over the next few months become infected and lack protection.

“In this respect, immunity is always achieved, the question is only whether it is through vaccination or infection. And we clearly recommend vaccination.” 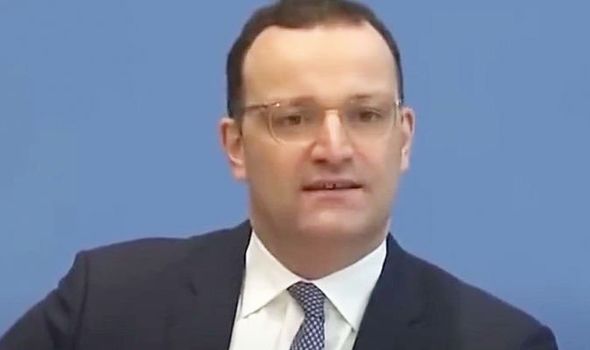 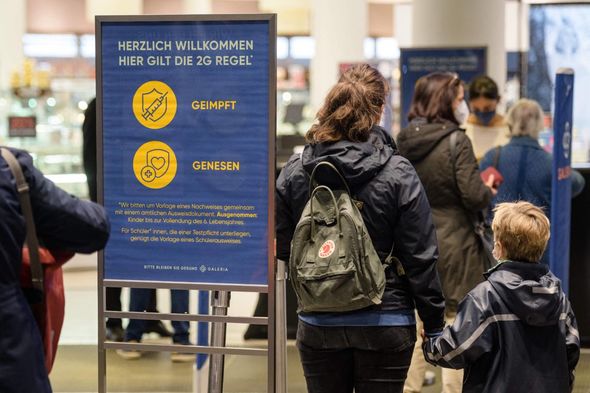 Professor of Clinical Pharmacy, Thorsten Lehr, told DW News he believes it could be likely to see Germany enter another lockdown.

He explained: “So the numbers are increasing and our calculations say that if nothing happens, we would face the weekly incidences by the end of the month, which would be a way of above 400,000 and more in the region of 500,000.

“The situation has changed compared to last year, we’re now facing a new variant of concern. 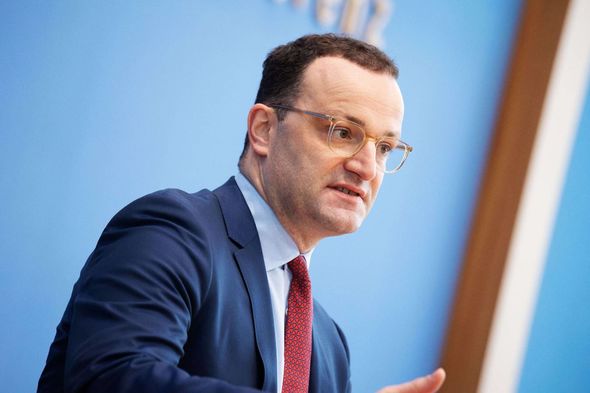 “So the Delta variant has a much higher reproduction rate so it has doubled [in infectability] so that means really one infected can infect six healthy People, vaccinated or unvaccinated whereas it has been only three previously.

“And that means you have a situation which is a tougher situation… I think with this highly reproductive virus and this mutation, we will have to vaccinate more.”

Around 99,000 people have died in Germany as a result of coronavirus.

On Thursday, Angela Merkel and the heads of Germany’s 16 states agreed to introduce a vaccine mandate for workers in hospitals and care homes.

The lack of vaccinations has not been the only reason why cases have been increasing in Germany.

Germany’s prominent variant is the Delta variant, which is a more infectious strain of the virus, and scientists believe they have identified an even more infectious sub-variant of the disease called AY.4.2. 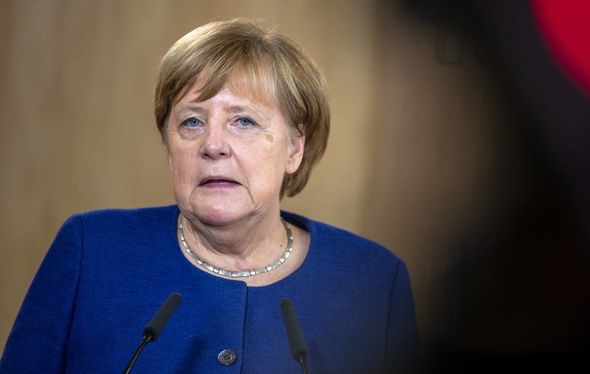 It comes as riots and protests erupted in Austria, the Netherlands, Belgium and other European countries as governments impose stricter rules to curb the rise.

In Austria, vaccinations are now enforced by law with those unvaccinated forced to stay at home for non-essential reasons.

Hospitality and other public venues are closed to the unvaccinated which has caused a huge uproar in the country.

In the UK, Prime Minister Boris Johnson warned there was “storm clouds” over Europe following the rise in Covid cases but it appears the Government is not yet debating whether to impose further restrictions.