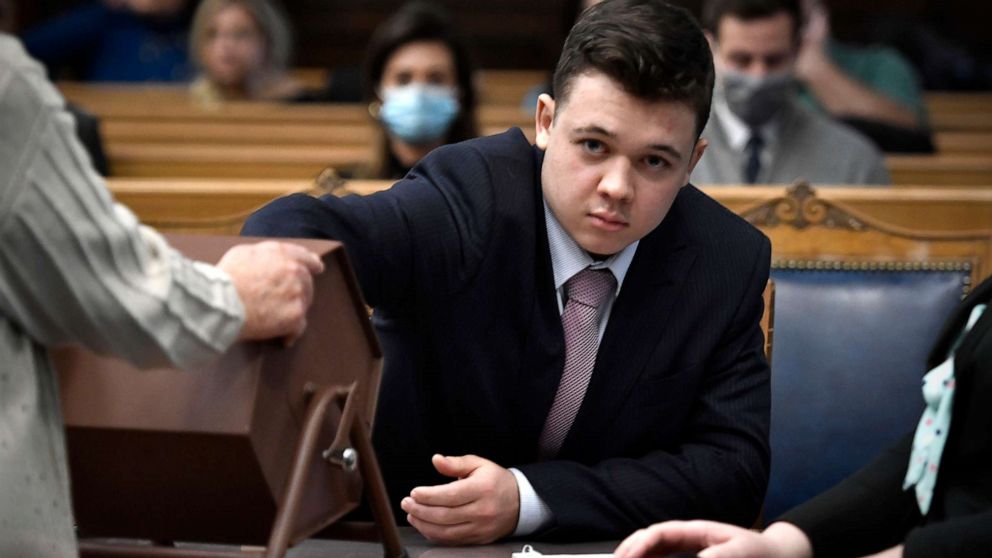 From the presiding judge playing a game of “Jeopardy!” with the jury to the defendant randomly drawing jurors’ names from a raffle drum, the homicide trial of Kyle Rittenhouse has been full of odd moments and high courtroom drama.

The Wisconsin jury acquitted Kyle Rittenhouse Friday, after 26 hours of deliberation, on all charges in the killing of two men and the wounding of another during political unrest in Kenosha last summer. Judge Bruce Schroeder described the trial as one of the most complicated that he’s been part of in his nearly four decades on the bench.

Rittenhouse was 17 and armed with an AR-15-style semiautomatic rifle that had a 30-round clip at the time he shot and killed Joseph Rosenbaum, 36, and Anthony Huber, 26, and severely wounded Gaige Grosskreutz, 27, during an Aug. 25, 2020, protest in Kenosha, Wisconsin.

The teenager claimed he shot the men in self-defense after each one attacked him during the volatile protest.

Here are six of the most unusual things that have occurred in the case:

On Nov. 1, 20 residents of Kenosha County, Wisconsin, were picked in a single day to hear evidence in one of the most-high profile homicide cases in state history. The speed of jury selection contrasted greatly with the case against three white Georgia men accused of tracking down and killing Ahmaud Arbery, a 25-year-old Black man. The jury selection in the Arbery case took nearly three weeks and started with a pool of 1,000 potential jurors.

At the outset of jury selection in the Rittenhouse case, Schroeder invited potential jurors to play a game of “Jeopardy!” with him as they waited for stragglers to show up. Schroeder explained that playing the game was a tradition in his courtroom to help put the jurors at ease.

Outrage in the court

A display of frustration boiled over from the bench when a visibly angered Schroeder lambasted lead prosecutor Thomas Binger, accusing him of low-blow antics that he said bordered on a “grave constitutional violation.” Shortly after Binger began his cross-examination of Rittenhouse last week, Schroeder had the jury marched out of the courtroom so they wouldn’t hear him rip the state’s attorney at the top of his lungs for asking the teenager about his silence about the shootings prior to taking the witness stand, and for broaching evidence the judge had ruled inadmissible.

Prior to the start of the trial, Schroeder barred prosecutors from describing the three men shot by Rittenhouse as “victims,” explaining it’s a loaded word and that no one is considered a victim in a court of law until it’s proven. On the other hand, he allowed defense attorneys to call the men shot by Rittenhouse “looters” and “rioters” as long as it was supported by evidence.

On just the third day of the trial, Schroeder booted a juror from the case after the panelist acknowledged he told a tasteless joke to a sheriff deputy. The juror said his ill-attempt at humor was about a Kenosha police officer shooting Jacob Blake, a 29-year-old Black man, in August 2020. Blake was paralyzed in the incident, which sparked days of violent protests in Kenosha that led to the shootings Rittenhouse committed.

Rittenhouse was allowed to randomly select six of 18 jurors from a metal raffle drum after a clerk spun it with the crank of a handle. Those six were designated as alternates, while the remaining 12 were instructed to deliberate a verdict. Schroeder later explained that this was standard practice in his courtroom.