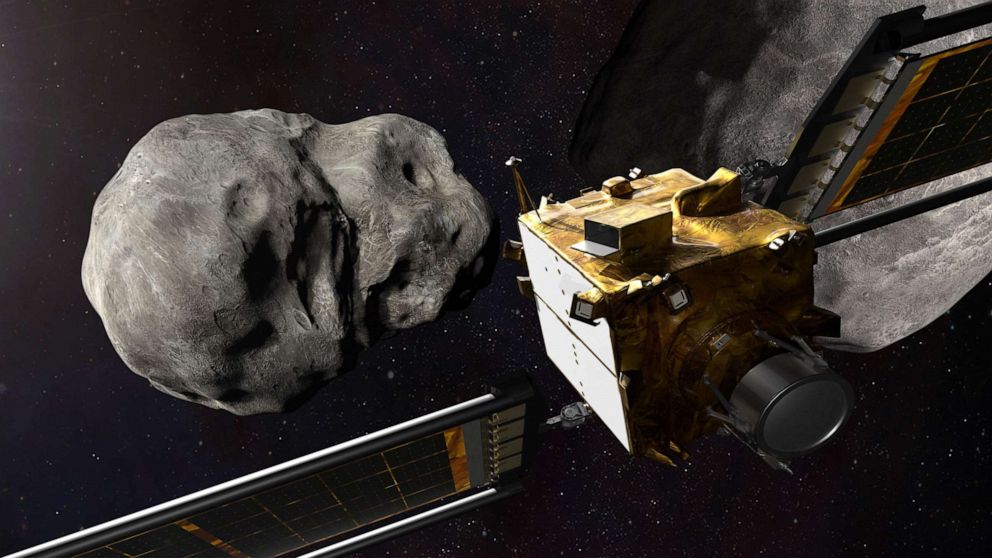 NASA is set to launch a spacecraft on Tuesday that will ram into an asteroid, and purposefully change its orbit, as part of a test mission that could prevent humanity from suffering the fate of the dinosaurs.

The Double Asteroid Redirection Test (DART) is the first planetary defense test mission from the U.S. space agency, and has the goal of testing technologies that could prevent Earth from a potentially hazardous asteroid impact. The asteroid DART is targeting as part of the test, however, poses no threat to Earth.

“Planetary defense is the effort to try to prevent asteroids or comets from hitting the Earth,” Andy Rivkin of the Johns Hopkins Applied Physics Laboratory (Johns Hopkins APL), which is building the spacecraft and managing the mission for NASA, told ABC News. “It’s really the only natural disaster that we can predict decades ahead of time and that humanity can actually do something to prevent.”

The golf cart-sized spacecraft is set to launch atop a SpaceX Falcon 9 rocket that will light up the night sky late Tuesday from Vandenberg Space Force Base in California. Launch is currently scheduled for 10:21 pm local time (PT) on Nov. 23, or Nov. 24 at 1:21 a.m. ET. As of Monday, weather is 90% go for the DART launch.

DART faces a more than 6-million-mile journey before it reaches its destination at the asteroid moonlet Dimorphos, which orbits a larger asteroid named Didymos. The spacecraft will intentionally impact with Dimorphos.

“DART is a test of what we call a kinetic impactor,” Rivkin said. “We will ram DART into the moonlet Dimorphos, and the speed and mass of the spacecraft will transfer kind of the momentum into the moon and then that will change the orbit of the moon around Didymos.”

“The idea is that asteroid impacts occur when an asteroid’s orbit and the Earth’s orbit intersect,” he said. “So the idea of kinetic impactor is to give the asteroid a bit of a push so it doesn’t show up at the same time, at the same place as Earth.”

The DART mission will be testing out a slew of new technology from NASA and and Johns Hopkins APL, including tools to allow the spacecraft to autonomously approach the asteroid at a speed of four miles per second. It will use new solar arrays in deep space for power, and provide scientists and astronomers with new data and images from the moon of an asteroid for the first time.

“It is the first time that we are purposefully changing an orbit of something,” Rivkin added. “From a philosophical point of view, that’s — at least an interesting thing to think about.”

“This is the only natural disaster that humankind can do something about,” Rivkin said of asteroid impacts. “And this is our first attempt to kind of take that into our hands, to take our future into our hands that way.”

Rivkin added that people often joke about “if the dinosaurs had a space program” this could have prevented the asteroid impact that wiped them out millions of years ago.

“There there are lots of threats facing humanity,” he said. “But this hopefully, is at least one that we can take care of.”

After launching on Tuesday, DART will arrive and ram into the asteroid in the fall of 2022 , enabling the highest quality telescopic observations down here on Earth.

Finally, Rivkin emphasized that this is a test mission and the asteroid system “does not cross the Earth’s path.”

“We are not going to make it cross the Earth’s path,” the astronomer added. “We’re following the Hippocratic Oath here in a sense — we’re going to do no harm.”