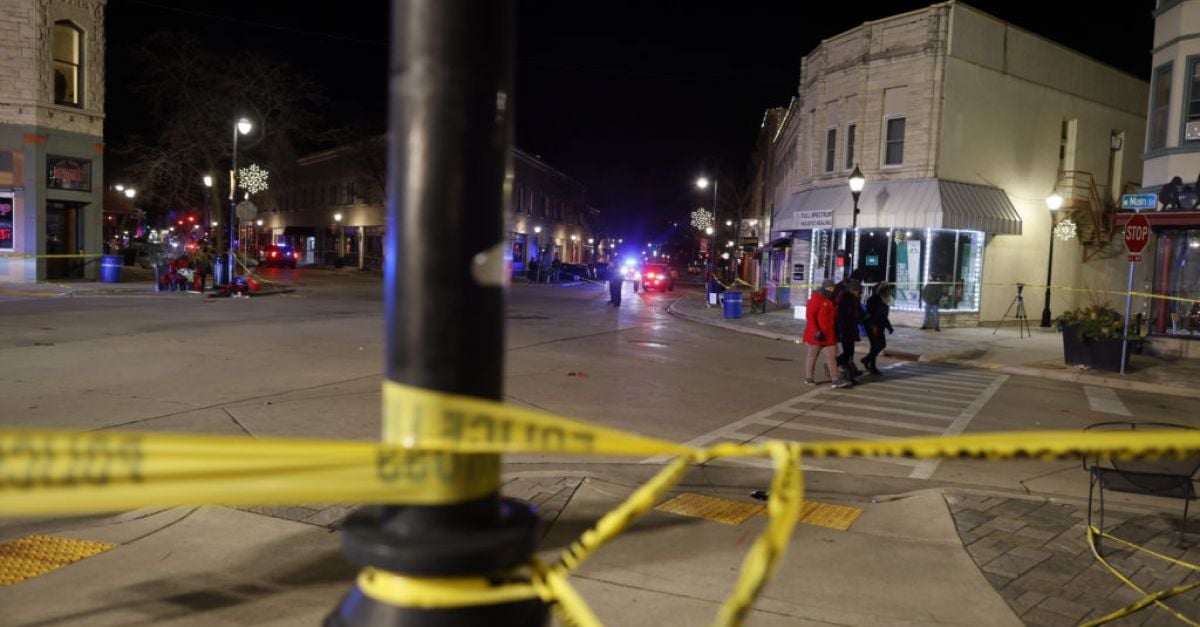 The man suspected of crashing his car into a Christmas parade in Milwaukee, killing at least five people and injuring 48, had left the scene of a domestic dispute just minutes before, Waukesha’s police chief said.

Police chief Dan Thompson said there was is no evidence the crash on Sunday was a terrorist attack or that the suspect, Darrell Brooks Jr, knew anyone in the parade.

The chief said police were drawing up five charges of intentional homicide against Brooks, 39, of Milwaukee.

A joyous scene of marching bands and children dancing in Santa hats and waving pompoms gave way to a scene of horror as the SUV sped through barricades and struck dancers, musicians and others.

Members of a Dancing Grannies club were among those killed, as was an employee of Citizens Bank.

Mr Thompson identified those killed as four women, ages 52 to 79, and an 81-year-old man.

“It looked like dummies being thrown in the air,” said Nicole Schneiter, who was there with her children and grandchildren. “It took a second to register, like, ‘Is that what we really just saw?’ And then you looked in the road and there were just people laying in road.”

At least nine patients — most of them children — were listed in critical condition on Monday at two hospitals, and seven others were reported in serious condition.

According to the chief, police were not pursuing the suspect when he entered the parade route, but an officer did fire a shot to try to stop him but ceased firing because of the danger to others. The driver was not injured.

Brooks has two open criminal cases in Milwaukee County. In one case, filed November 5, he is charged with resisting or obstructing an officer, reckless endangering, disorderly conduct, bail jumping and battery. Records show a 1,000 dollars cash bond was posted on Friday.

In the other case, filed in July 2020, Brooks is charged with reckless endangering and illegal possession of a firearm.

In the more recent one, a woman told police that Brooks deliberately ran her over with his vehicle in a petrol station parking area after a fight. She was taken to hospital for her injuries.

The Milwaukee Dancing Grannies posted on its Facebook page that its members were “doing what they loved, performing in front of crowds in a parade putting smiles on faces of all ages, filling them with joy and happiness”.

“Those who died were extremely passionate Grannies. Their eyes gleamed … joy of being a Grannie. They were the glue … held us together,” the organization said.

A Roman Catholic priest, parishioners and Waukesha Catholic schoolchildren were among those injured, the Archdiocese of Milwaukee said.

At the White House, President Joe Biden said that “we don’t have all the facts and details yet” but that his administration was closely monitoring the situation.

The parade, held each year on the Sunday before Thanksgiving, is sponsored by the city’s Chamber of Commerce. This year’s event, the 59th, had the theme of “comfort and joy”.