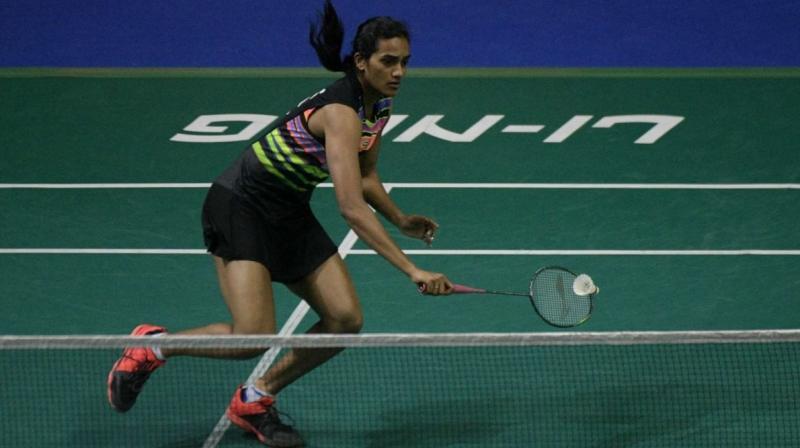 Bali: Two-time Olympic medallist PV Sindhu and former world number 1 Kidambi Srikanth would look for a consistent show when they compete at the USD 850,000 Indonesia Open starting here on Tuesday.

Just days after their semifinal finishes at Indonesia Masters Super 750, the two top Indian shuttlers will begin their campaign at the World Tour Super 1000 event in their quest for title.

Sindhu, the reigning world champion, last reached the finals at the Swiss Open. She came close to the summit clash thrice by reaching the semifinals on three occasions, including her last two tournaments.

Last week, Sindhu's campaign was cut short by Japan's Akane Yamaguchi with a straight game win and the Indian will look to quickly recover from the loss.

The third seeded Indian will begin her campaign against Japan's Aya Ohori and she is likely to face Canada's sixth seed Michelle Li in the quarterfinals if she can cross the early rounds.

Srikanth, who had claimed four titles in 2017, has regained some form with two back-to-back semifinal finishes at Hylo Open and Indonesia Masters last week and he would be desperate to continue his good run and break his title draught.

Srikanth was outplayed by Anders Antonsen of Denmark last Saturday in the semifinals and he would look to put that disappointment behind when he faces HS Prannoy, who would be itching to settle the scores after being outwitted by his compatriot last week.

Prannoy, who was down with COVID-19 last year, showed glimpses of his earlier self when he notched up an upset win over Tokyo Olympics gold medallist Victor Axelsen of Denmark last week and he would hope to continue the momentum this week.

World number 16 B Sai Praneeth, who became a father recently, will also hope to turn his form around when he meets France's Toma Junior Popov in the opening round.

Lakshya Sen, who is ranked fourth in the Race To Guangzhou, will have an uphill task of taming the top seed and two-time world champion Kento Momota in his opening match, while Parupalli Kashyap squares off against Singapore's Loh Kean Yew.

Among other Indians in the fray, sixth seeded men's doubles pairing of Satwiksairaj Rankireddy and Chirag Shetty has got a bye in the opening round, while MR Arjun and Dhruv Kapila will face Korea's Choi SolGyu and Kim Won Ho.

In mixed doubles, Ashwini will pair up with B Sumeeth Reddy, while Sikki Reddy will play with Dhruv. Juhi Dewangan and Venkat Gaurav Prasad are also in the fray in the mixed doubles.