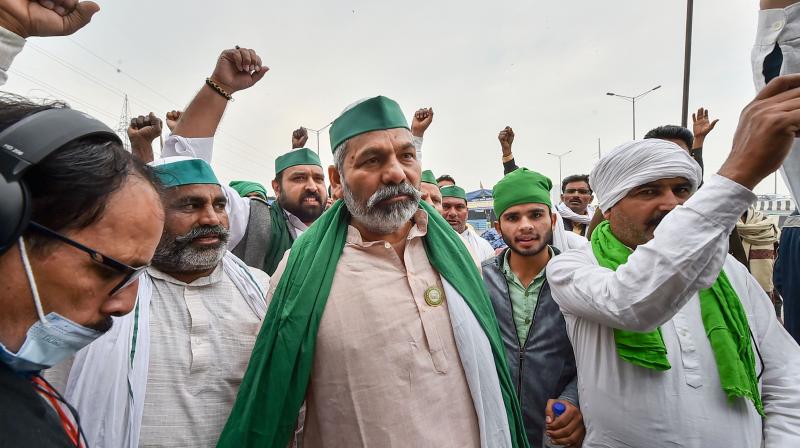 New Delhi: A day after Prime Minister Narendra Modi announced rollback of the three contentious farm laws in the upcoming Parliament session, farmers' unions under the banner of Samyukt Kisan Morcha announced that they would continue with their pre-planned protests on November 22, 26 and 29 at various locations.

The farmers are pressing for statutory guarantee for a fair Minimum Support Price (MSP), withdrawal of cases registered against the protesting farmers and compensation for deceased farmers’ kin by the Centre. Besides, the farmers' movement has also been seeking the withdrawal of the Electricity Amendment Bill and to keep farmers out of penal clauses related to statutes on air quality regulation in Delhi.

As per the plan, there will be a maha panchayat on November 22 in Lucknow. Thereafter, farmers in various north Indian states will reach different protest sites on November 26, which marks the completion of one year of continuous peaceful protests at Delhi's borders. In various states that are far away from Delhi, the first anniversary on November 26 will be marked by tractor and bullock cart parades in capital cities, along with other protests.

On November 28, a massive Maharashtrawide Kisan Mazdoor Mahapanchayat will be organised in Azad Maidan of Mumbai under the banner of Samyukta Shetkari Kamgar Morcha with over 100 organisations. From November 29, “peaceful and disciplined march” to the Parliament in tractor trolleys, of 500 protesters per day, will take place, the Samyukt Kisan Morcha (SKM) said in a statement.