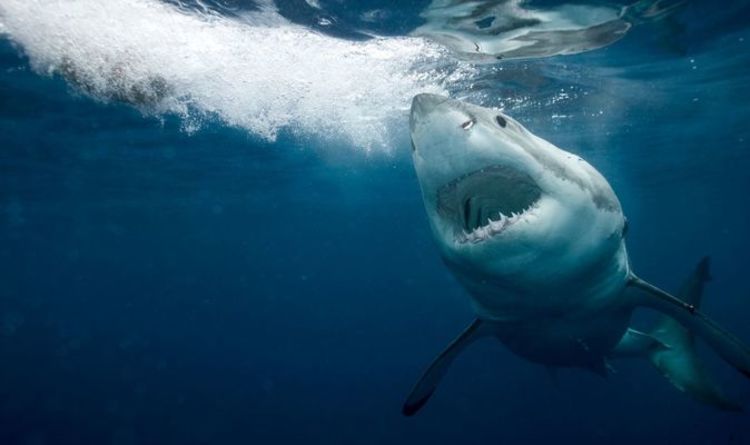 Chantelle Doyle, 35, and her husband Mark Rapley had been surfing on a “beautiful, sunny day” in the coastal town of Port Macquarie in New South Wales, Australia, in 2020 when the attack occurred. Ms Doyle spent 15 months in intensive rehabilitation following the scary encounter.

The 35-year-old surfer told 60 Minutes on 9 News she felt the shark strike “underneath my board – it hit my leg straight away – just bang, grab”.

In a terrifying recount, the surfer revealed the shark refused to let go of her leg after latching onto her calf.

She soon feared the shark would pull her underwater.

However, luckily her husband Mark was surfing 30 feet behind her and saw the commotion. 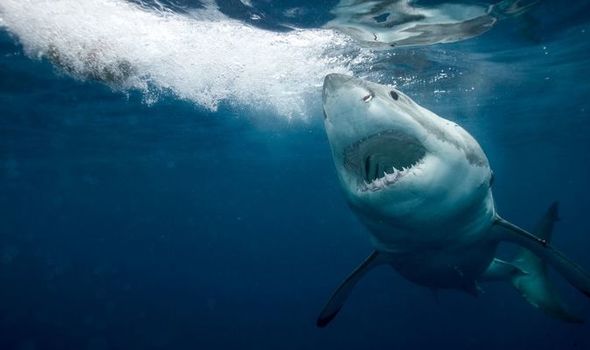 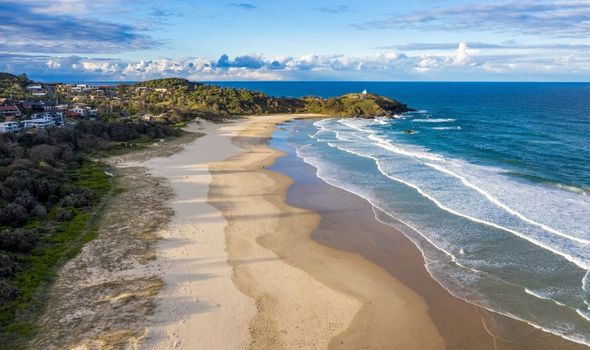 He said:  “[The shark’s] nose was out of the water so I could rain punches down on it.

“So, I just ditched the board, to just start whaling punches.”

“It was just, just throw as hard as I could until it lets go, because you sort of, just want it to be gone.” 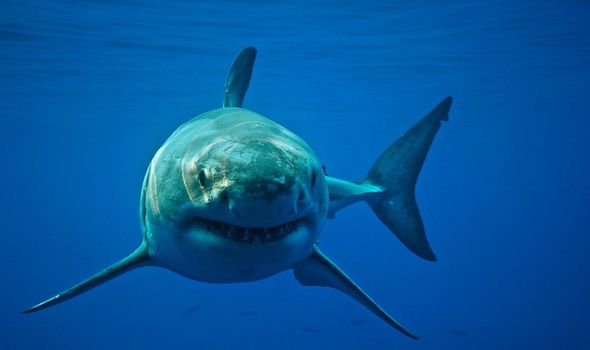 “[I was looking] dead-set in the eye.

“That memory sits with me a lot, a black eye.”

He aimed the punches at the nose because he had heard this was the most sensitive part of the animal.

Eventually, Mr Rapley’s efforts to scare the beast succeeded and his punches were enough to force the shark to let go and swim away. 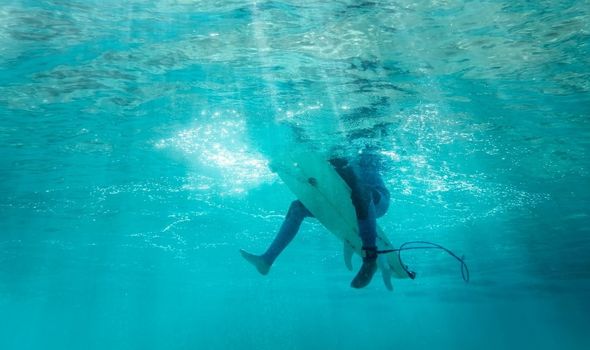 He pulled Ms Doyle to the shore where she received medical treatment after receiving damage to her muscle, bone, ligament, tendon and nerve.

Shocked witness Jed Toohey told The Daily Telegraph: “It was unbelievable, the scream was incredible and there was splashing everywhere.

“[Mark] saved her life…it would have been strong enough to take her out to sea. He was really incredible.”

In Australia, there have been over 700 unprovoked shark attacks since 1900, resulting in more than 170 fatalities.

Statistics compiled by Australia Wide First Aid reveal Australia is the deadliest location in the world when it comes to fatalities directly associated with shark attacks.

Last year, the land down under reported 22 unprovoked shark encounters, which accounted for over 38 percent of the worldwide total.

Overall, there were eight fatalities, seven of which were classified as unprovoked – this number is more than 50 percent of the total global fatalities in 2020.