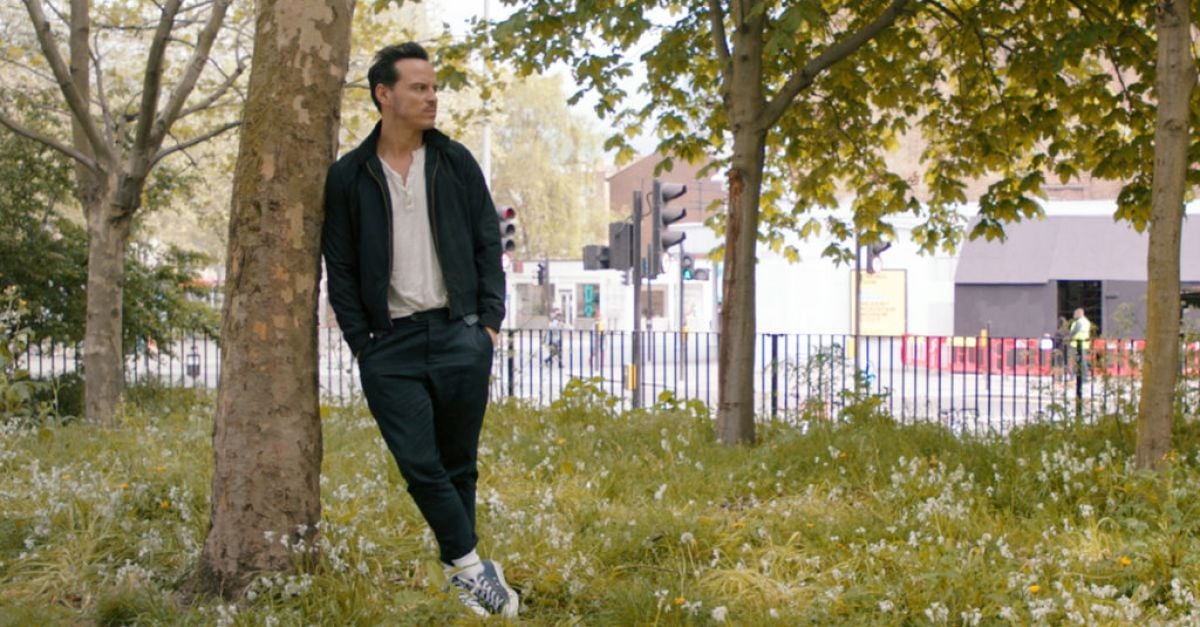 Andrew Scott doesn’t always play the kindest characters on-screen – he’s known for villainous roles such as Moriarty in Sherlock and Max Denbigh in Spectre – but that really couldn’t be further from real life.

The actor is generous with his time and his thoughts, despite calling from Italy where he’s currently working 12-hour days shooting a new project. Scott is talking about male mental health, and on discovering 75 per cent of suicides in the UK are men, says: “It’s an astonishing fact to learn, and something I didn’t know.”

Scott (45) says he considers mental health similar to the weather. “The weather is a changeable thing,” he says. “If you’re in the driving rain, there’s no point in screaming up at the sky saying, ‘Please stop raining, please stop raining’. The best thing you can do is just accept it’s raining, and know that it will stop.”

For the Dublin-born star, a huge factor in the male mental health crisis is society’s perceived expectations of men, to be ‘manly’ and have a stiff upper lip. “I think it’s to do with vulnerability,” he muses. “Expressing vulnerability is something that’s considered in some way a ‘feminine’ trait – but I think vulnerability is a brilliant trait in a person.”

“There’s a real stigma about how we approach mental illness,” Scott continues. “Not one of us would say, ‘I’ve never been physically ill’ – and in exactly the same way, it seems preposterous to me that we would say we’ve never had any mental illness.

“I think we associate mental health with having to check into somewhere or having to take medication, or being diagnosed with something. But I think we have to understand it’s on a spectrum. The difference between where we land on that spectrum has to do with communication.”

Particularly as a result of the pandemic and what we’ve all been through during recent times, Scott argues now is “a good time to start talking”, as most of us have experienced – to some extent – emotions we might “have never felt before”, including a “lack of control and fear”.

So what can men do?
– TALK
– Search male mental health charities https://t.co/MziMsxfXpZ
– Speak to a professional

Someone is always willing to listen. Stay strong. 💙 pic.twitter.com/7gZNT8nmCI

Scott likes to talk about mental health with “a certain degree of lightness”, he says. “There’s a duality that exists… It sounds odd for me to say that, but as long as you can be light about your darkness, I think you’re [going to be] alright.”

He admits it sounds “counterintuitive”, but we need to have “a sense of humour about the fact we’re all a little bit f***** up in some way. And saying, that’s OK. Nobody said it was going to be easy all the time.”

Warming to his theme, Scott continues: “It’s why sometimes funerals can be more enjoyable than weddings, because at a wedding sometimes people have this dreaded feeling of, you have to be happy, and it’s so comparative. We live in such an age of comparison with social media, and sometimes at a funeral – you don’t go up to somebody and go, ‘Oh my God, you look terrible’, if they’ve got mascara running down their face, because you’re not worrying. So people are going, ‘Here I am, I am a mess. It’s OK for me to cry’. And sometimes that’s when we feel incredibly bonded.”

Scott says laughter is key to maintaining his own mental health. “I try and laugh every day,” he says passionately. “It’s such a human attribute – the animals, as much as I love them, they don’t laugh as much as we do. Sometimes I think we can measure someone’s humanity almost by how much they laugh every day and how much they’re able to appreciate laughing.

“[Sometimes you have to say] this is all ridiculous, this doesn’t end well for any of us – we’re all going to die. So in a way, you’ve got to laugh as much as you can – that’s my attitude certainly, as I move through life.”

Scott says exercise is also central to his mental wellbeing (“without a shadow of a doubt”). Despite a gruelling schedule filming in Italy when all he might want to do is sit down at the end of a long day and eat pasta, he says: “I genuinely believe it’s an essential thing. With exercise, people think, ‘Oh my God, I have to be really fit or join a gym’, but there’s nothing I like more than going for a walk with somebody.”

Walks might feel “very 2020”, but “there’s something very beautiful about going for a walk with someone, because you can talk about things but you’re not facing each other,” says Scott. That’s why he’s supporting the HUMEN charity’s Rise Against Suicide Sunrise Walk, which aims to ‘inspire more men to get active and talk’.

There’s another reason Scott likes a simple walk. “I love a non-event,” he says. “I like the day after a wedding or getting accidentally drunk on a Tuesday afternoon with your friends. Sometimes you can have really meaningful conversations just going for a walk – or hysterical conversations. Life happens in the in-between, because there’s no pressure.”