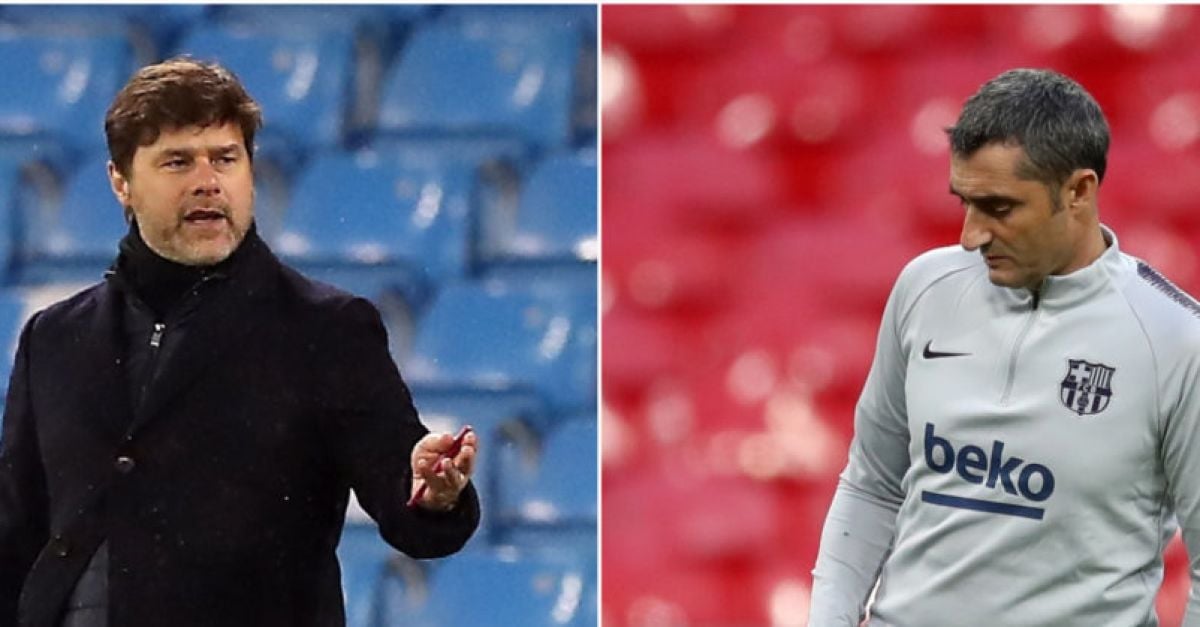 Former Barcelona boss Ernesto Valverde has emerged as a candidate to take over as interim manager at Manchester United, with Mauricio Pochettino refusing to be drawn on reports linking him with Old Trafford.

The PA news agency understands United remain focused on finding an interim boss to take charge for the rest of the season and Valverde is one of several coaches under consideration for the role.

The 57-year-old won two LaLiga titles during a two-and-a-half-year spell as Barcelona manager. Valverde, who was previously in charge at Athletic Bilbao, has been without a club since leaving the Nou Camp in January 2020.

United plan to name a long-term replacement for the sacked Ole Gunnar Solskjaer next summer, with Pochettino on their radar as a potential permanent boss.

Although there has been criticism of United’s convoluted process – naming Michael Carrick as caretaker, then seeking an interim manager before making a permanent appointment next summer – club officials believe that approach offers the best chance of finding the right man.

Pochettino was in Manchester on Tuesday as his Paris St Germain side prepared for Wednesday’s Champions League clash against City.

Inevitably, the former Tottenham manager was questioned about his future as he held his pre-match press conference at the Etihad Stadium, but he would not comment on “rumours” and insisted he was happy in the French capital.

“I am not a kid, I am not a child,” said the 49-year-old Argentinian. “I have spent my whole life playing football and now it’s my 12th year as a coach.

“We are in a business that the rumours are there, I completely understand what is going on – sometimes in a positive way and sometimes in a negative way.

“This type of thing cannot distract. They are rumours. Rumours are there and we need to live with that. That is the football that we are living.

“We are so focused. We are giving 100 per cent to try to get best form for the club, and for the players to try to perform the best way.

“I am so happy for Paris St Germain. For tomorrow we are focused to try to get the best result we can.”

Pochettino was sacked by Spurs in 2019 but returned to the game as manager of PSG, where he spent two years as a player, in January.

His side missed out on the Ligue 1 title and lost to City in the Champions League semi-finals last season but have regrouped and are currently 11 points clear in their domestic competition.

He said: “My contract is 2023, this season and one season more. I don’t say nothing different. I’m really happy at Paris St Germain – that’s a fact. I’m happy in Paris.”

Pochettino claimed it would be an error to comment on the situation at Old Trafford as anything he said could be misconstrued, although he did inadvertently refer to Ligue 1 as the Premier League.

“I’m not going to make the mistake at all,” he said. “In the past when I was in Espanyol I said my dream was to meet (Sir Alex) Ferguson.

“All that is now going to be misunderstood or (taken) out of context. I am so happy at Paris St Germain and I am focused to try to be at my best, like we are doing.

“I was a player at Paris St Germain, I love the club, I love the fans. I think it is a fantastic time to be at the club.

“We are fighting in the Premier League (sic), I think it is 11 or 10 points different in Ligue 1.

“We are fighting for that, we are fighting in the Champions League to qualify against Manchester City. I think we need to be focused on that. That is my priority, that is my concern.”