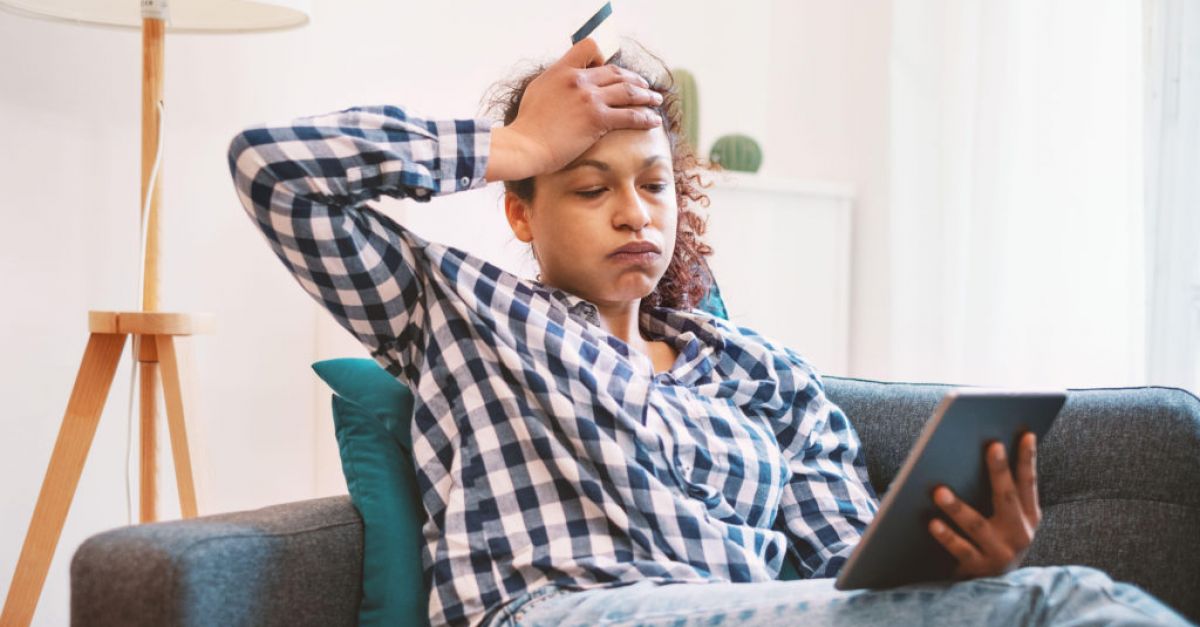 A new study has highlighted the sometimes overlooked link between money worries and mental health issues.

Commissioned by Money and Mental Health Policy Institute, the charity set up by consumer champion Martin Lewis, the State We’re In report found that over the previous 12 months, people with mental health problems were more than twice as likely to have been behind on at least one payment.

2.5m people with #mentalhealth problems who fell into debt during the pandemic considered suicide. While many factors which can contribute to suicidal feelings, the link between mental health problems & debt is unignorable. Learn more in our press release: https://t.co/0kBFEgBo6J pic.twitter.com/UsdUC0By4W

Clearly, struggling to make ends meet can cause an enormous amount of stress and anxiety, but did you know there are other ways your finances can affect your psychological wellbeing – and vice versa?

“People who have anxiety may be more likely to be in debt because their focus is not on their future needs but more in line with quelling their anxiety,” says Philip Karahassan, BACP counsellor and founder of Therapy in London (therapyin.london).

That doesn’t necessarily mean the ‘treat yourself’ approach, however. “It could be buying gifts in order to take the pressure off. As a result, anxiety sufferers may financially stretch themselves beyond their means. By doing so, they can create a spiral of anxiety by being in debt or not being able to afford provisions, rent, or bills. This again creates more anxiety and the cycle continues.”

2. Buying gifts instead of showing emotion

Thoughtful gifts are a lovely way of showing you care, but there’s a danger that “money can sometimes be interchanged with love,” says Dr Audrey Tang, psychologist and author of The Leader’s Guide to Resilience, a behaviour which may be learned if your parents showered you with gifts instead of spending regular quality time with you.

“Unfortunately, if a child has grown up in this environment, they too may enter adulthood using money in place of emotion – instead of offering support, they flake out but send flowers; if they let you down they don’t apologise but they buy you a present, rather than doing something that takes effort.”

If this pattern continues, there’s a risk that “the gifts, which do not really substitute for depth, intimacy and connection, may need to become more extreme in order for the relationship to last… this can lead to financial issues on top of emotional ones.”

3. Shopping as a form of escapism

Are you a big believer in the power of so-called retail therapy? “It’s worth stopping and asking yourself what you’re spending money on and why,” says Matt Wotton, BACP therapist and co-director of the London Centre for Applied Psychology (lcap.co.uk). “Spending can be a way to avoid facing up to the problems in your life.”

There’s no harm in indulging in the occasional pick-me-up treat after a stressful day at work, for example, but using shopping to “avoid the fact life feels empty, or to avoid confronting the problems in your relationship” may not be wise.

Wotton adds: “If it’s a habit, it’s probably masking a problem. And remember, while spending can feel like fun, research shows that saving is often a more reliable boost to happiness. Money in the bank has [been shown to have] a stronger link to life satisfaction than income.”

Are you easily affected by advertising that urges you not to miss out on exclusive deals? Do you hit ‘add to basket’ as soon as you see an item is low in stock?

“This can relate to the psychological hangover from evolutionary times when we were built to survive, not necessarily thrive long term,” says Tang, meaning we can make rash purchases based on our “fear of losing out rather than thinking critically about what is being offered”.

Tang advises: “It is important to recognise that times have changed and therefore our judgments must as well. Now it is not necessarily a case of missing out, but rather [asking] ‘Is someone trying to trick me?’”

When it comes to investing your money, the ‘sunk cost bias’ is something people can fall foul of and continue to put cash into a project that’s failing.

Tang explains: “That is the bias which leads us to think, ‘I’ve already invested so much time/energy/money in this situation/job/relationship that I may as well keep going’. Unless there are clear indications that something will change, it is often better to cut your losses before things get so bad the change is forced upon you.”