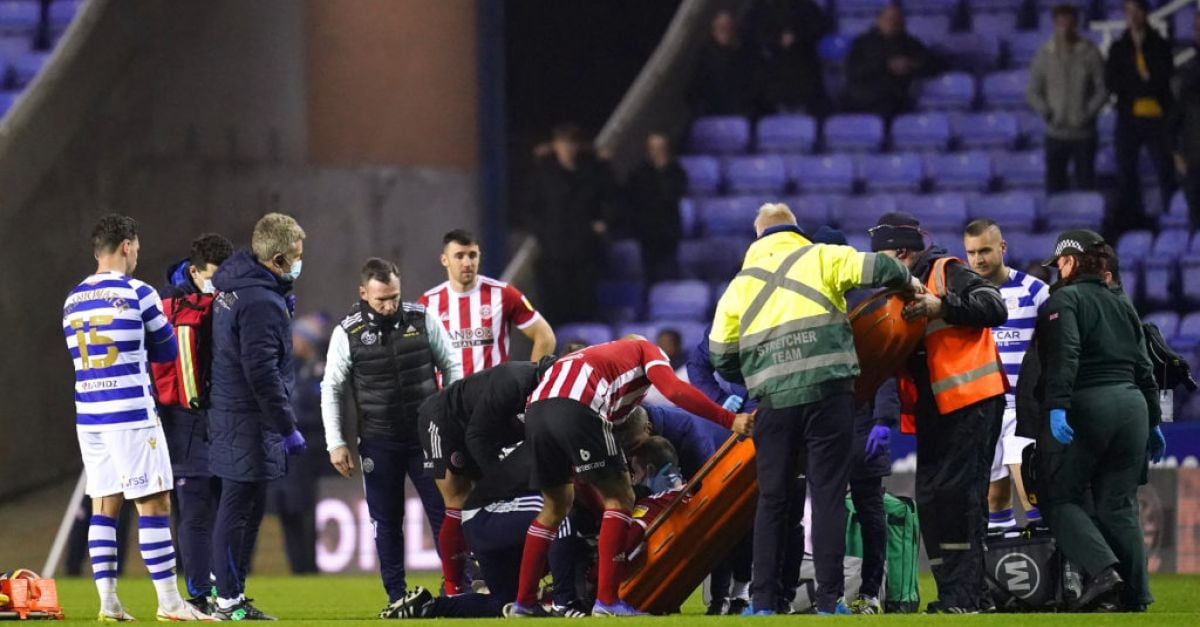 Sheffield United midfielder John Fleck was taken off on a stretcher after a serious-looking incident in the second half of the Championship game at Reading.

With United leading 1-0, Fleck went down apparently unchallenged and his team-mates quickly indicated for the medics to run on the pitch to tend to him.

John Fleck leaves the field on a stretcher after receiving urgent medical care.

Our thoughts are with you, Flecky! ❤️

The 30-year-old received “urgent medical care”, the Blades said on their official Twitter account, before, after a 10-minute delay, he was taken off on a stretcher and out of the ground to a waiting ambulance.

The Royal Berkshire Hospital is a short distance from the SCL Stadium.

The match was able to resume.