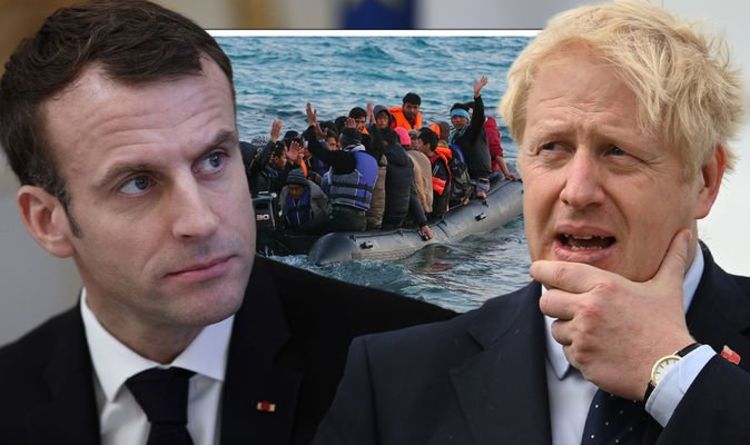 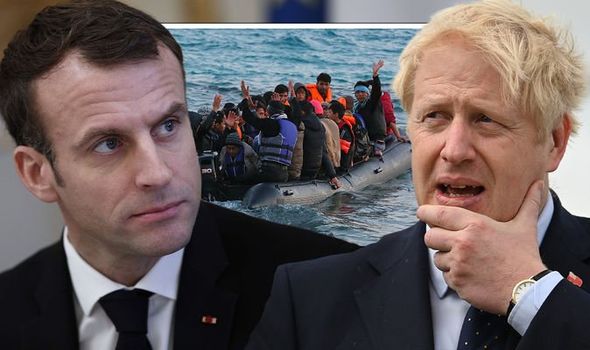 Most of those who died were reportedly Kurds from Iran and Iraq.

The Prime Minister said the UK Government would increase its support and suggested that he backed joint patrols on French beaches to intercept migrants.

Home secretary Priti Patel will make an urgent statement to the Commons later, laying out what the Government plans to do following the tragedy.

The Homes Office has been criticised for refusing to rule out the ‘pushback’ tactic after 27 people died trying to cross the Channel.

Immigration Minister Kevin Foster appeared not to eliminate the idea of using the ‘pushback’ method for migrants, which would involve them being sent back on their boats after reaching the UK.

Speaking on Radio 4’s Today programme he said: “What we’ve said is that any maritime tactics would be deployed appropriately, bearing in mind the safety situation, and that would be determined by commanders on the ground.”

The Liberal Democrats home affairs spokesman Alistair Carmichael criticised the pushback tactic, stating: “It is disgraceful that the Government is even considering pushing boats back in the Channel after yesterday’s tragic news.

“Priti Patel must immediately rule out these dangerous and cruel pushback tactics which don’t work and could cause yet more unnecessary deaths.

“The Government’s incompetence and failure to get to grips with this crisis has led us to the heartbreaking situation we find ourselves in.

“Instead of yet more unworkable gimmicks, ministers must now focus on providing safe and legal routes to take refugees out of the grip of smugglers and traffickers.”

1 hour ago11:09Archbishop of Canterbury calls for system based on ‘compassion’

The Archbishop of Canterbury, Justin Welby has called for a better system for migrants based on “compassion, justice and co-operation across frontiers” following the ‘devastating loss of life’ after a migrant boat capsized just outside Calais.

New figures show that asylum claims in the UK are at their highest level in nearly 20 years.

Below is a picture of the boat carrying the bodies of the migrants to Calais. 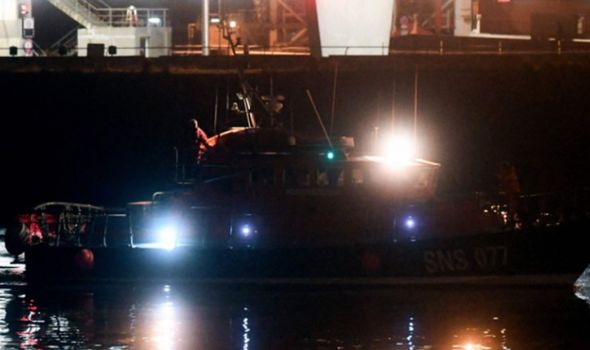 Five people have now been arrested in connection with the drownings just off Calais’ border on Wednesday.

Police have now confirmed that a total of 27 people have died.

Below are some pictures of the belongings of the migrants, which washed ashore. 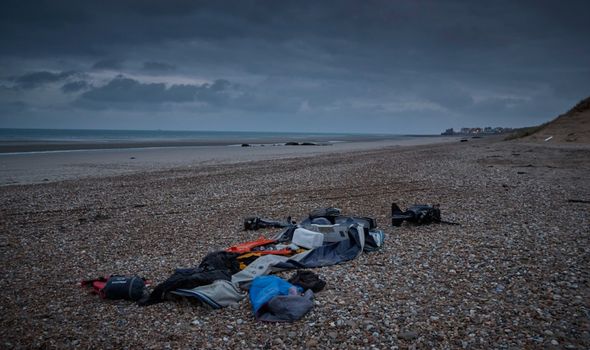 The MP for Calais has said that increased patrols on France’s beaches are a ‘crazy solution’ to the migrant crisis.

Pierre-Henri Dumont told BBC Breakfast: “I think it’s time for both our governments to stop blaming each other and to try and talk to each other and find real solutions, not a crazy solution such as having more and more people patrolling, sending the British army to the French shore.

“That is not acceptable and will not change anything.”

Mr Dumont said that migrants should be allowed to apply for asylum while outside the UK but that it should be ‘harder’ to find employment and housing when they arrive.

He said: “What I can assure you is having more money or more police officers patrolling the French shore will not change anything because we have 200-300km of shore to monitor 24/7.

“It only takes five to 10 minutes for smugglers to take a boat and put in the sea for the migrants, when the migrants are in the UK it’s too late, they will find a way to cross.”

The home secretary Priti Patel will make an emergency statement in the Commons following a tragedy in which 27 people died trying to cross the Channel on Wednesday.

Ms Patel will address the Commons as she outlines how the UK is going to respond to the tragedy.

The former chief immigration officer has said that a lot of migrants who cross the Channel are not asylum seekers but are ‘economic migrants’ who are drawn to the UK because ‘everything is free’.

Speaking on BBC Breakfast Kevin Saunders said: “The draw to the UK is phenomenal”.

When asked by the show’s host about the young girl who died in Yesterday’s tragedy, Mr Saunders said: “I’m not saying that everyone is an economic migrant, but a lot of them are.”

3 hours ago09:10French MP says he would not be opposed to UK police at French border

An MP representing President Macron’s En Marche! party has said that he would not be opposed to the UK police helping France at the French border.

Asked if Mr Macron would allow this, Bruno Bonnell told BBC Radio 4’s Today programme: “As long as it is really a common operation and not a way to twist information once more, pretending that the French people are turning their eyes off those long boat departures.

“I think that is something that could probably help the situation, and I would support that.”

The immigration minister has said that the UK supplied a helicopter during Wednesday’s search for the migrants whose boat capsized just outside Calais.

Asked on BBC Breakfast how the UK’s response to migrants was going to change after Wednesday’s tragedy, Kevin Forster said:

“The first thing is working with France. “We have offered resources, we are happy to support their operations on the beach.

French Interior Minister Gerald Darmanin said on Thursday that countries such as the UK, Germany and Belgium need to do more to tackle human trafficking.

Speaking on RTL Radio, Darmanin said that migrants were often attracted by the British Labour market.

He said that five arrests had been made in connection with the drownings on Wednesday and that two of those who survived were from Iraq and Somalia.

Boris Johnson has demanded that the French Government “step up” and stop migrants from crossing the Channel after at least 27 people drowned off the coast of Calais trying to reach Britain.

Dozens of migrants were found floating in the sea, after their dinghy, which has been likened to a “blow-up paddling pool in a garden”, was hit by a large ship, causing it to capsize.

Among the dead were five women and a young girl.

The Prime Minister said the UK Government would increase its support and suggested that he backed joint patrols on French beaches to intercept migrants.

Later on Thursday, Stephen Barclay will face Cabinet Office questions for the first time since he was tasked with reviewing how to prevent migrants from crossing the Channel.

Migrants from two boats have been rescued this morning following the deadliest day of the migrant crisis.

A number of people were seen wearing life jackets and wrapped in blankets on a lifeboat, before disembarking in Dover on Thursday morning.

The BBC has reported that the number of migrants that have been rescued is 40.

French interior minister Gerald Darmanin has called the deaths of 27 migrants an  “absolute tragedy” blaming human trafficking gangs who promised people the “El Dorado of England” for a large fee.

Boris Johnson has called on France to agree to joint patrols on French beaches to intercept migrants.