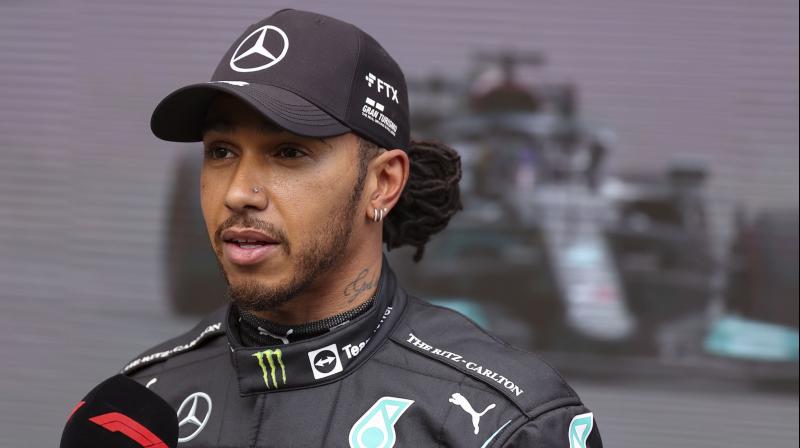 Sao Paolo: Lewis Hamilton's world championship hopes suffered a fresh blow Saturday when he was disqualified from qualifying and relegated to the back of the grid for the Brazil Grand Prix sprint race.

The seven-time champion was penalised after his Mercedes' DRS system (the flap mounted on the rear wing of the car which opens to gain top speed) was judged to have exceeded allowed limits.

Hamilton, who trails Max Verstappen by 19 points in the title race, had already been hit with a five-place grid penalty for Sunday's grand prix after the engine was changed on his Mercedes.

Meanwhile, Verstappen, who will now start the sprint from the front, was fined 50,000 euros ($57.2 million) for touching the Mercedes of Hamilton but was not handed a grid penalty.

Hamilton had been the fastest driver in the session and had been due to start Saturday's sprint race from the front row with Verstappen on his shoulder.

The 24-lap sprint race will decide the starting order for Sunday's race at the Interlagos circuit.

"It is clear to the stewards that it has become a habit of the drivers to touch cars after qualifying and the races," said a statement from the stewards.

"This was also the explanation of Verstappen, that it was simply habit to touch this area of the car which has been a point of speculation in recent races between both teams.

"This general tendency has been seen as mostly harmless and so has not been uniformly policed. Nevertheless, it is a breach of the parc ferme regulation and has significant potential to cause harm."