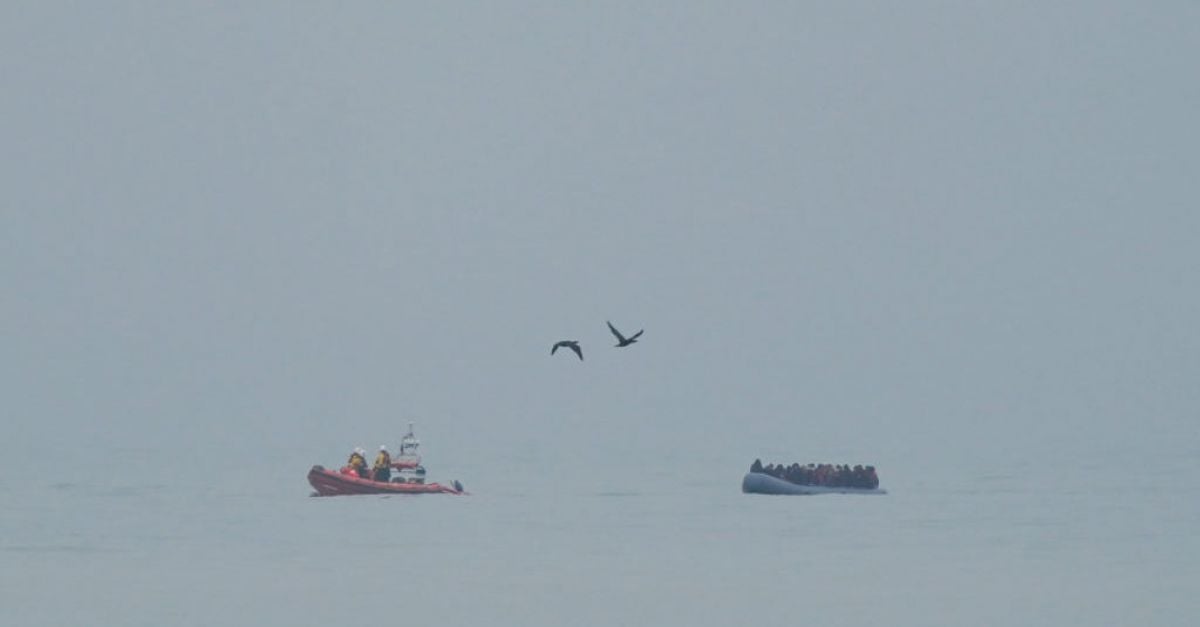 At least 31 people died on Wednesday after their dinghy capsized while crossing the Channel from France to Britain.

It is the worst disaster on record involving migrants in the waters separating the countries.

British prime minister Boris Johnson said he was “shocked, appalled and deeply saddened” about the “disaster” and hit out at people-trafficking gangs who he said are “literally getting away with murder”.

French prime minister Jean Castex called it a “tragedy” and said his thoughts were with “victims of criminal smugglers who exploit their distress and injury”.

The Channel is one of the world’s busiest shipping lanes and currents are strong. Overloaded dinghies often barely stay afloat and are at the mercy of waves as they try to reach British shores.

More migrants left France’s northern shores than usual to take advantage of calm sea conditions on Wednesday, according to fishermen, although the water was bitterly cold.

One fisherman called the rescue services after seeing an empty dinghy and people floating motionless nearby.

Franck Dhersin, deputy head of regional transport and mayor of Teteghem on the northern French coast, told Reuters that the death toll had reached 31 and that two people were still missing.

French interior minister Gerald Darmanin said he was heading for the coast. “Strong emotion in the face of the tragedy of numerous deaths due to the capsizing of a migrant boat in the English Channel,” he wrote in a tweet.

Mr Johnson said, after chairing an emergency British cabinet meeting, that his “thoughts and sympathies are with the victims and their families … but this disaster underscores how dangerous it is to cross the Channel in this way.”

The local coast guard said they could not yet confirm the total number of deaths.

One fisherman, Nicolas Margolle, told Reuters he had seen two small dinghies earlier on Wednesday, one with people on board and another empty.

He said another fisherman had called rescue services after seeing an empty dinghy and 15 people floating motionless nearby, either unconscious or dead.

He confirmed there were more dinghies on Wednesday because the weather was good. “But it’s cold,” Mr Margolle added.

Early on Wednesday, Reuters reporters saw a group of over 40 migrants head towards Britain on a dinghy.

While French police have prevented more crossings than in previous years, they have only partially stemmed the flow of migrants wanting to reach Britain – one of many sources of tensions between Paris and London.

Some rights groups said that tighter monitoring was pushing migrants to take greater risks as they sought a better life in the West.

“To accuse only the smugglers is to hide the responsibility of the French and British authorities,” l’Auberge des Migrants NGO said.

Before Wednesday’s disaster, 14 people had drowned this year trying to make it to Britain, a local maritime prefecture official said. In 2020, a total of seven people died and two disappeared, while in 2019 four died.