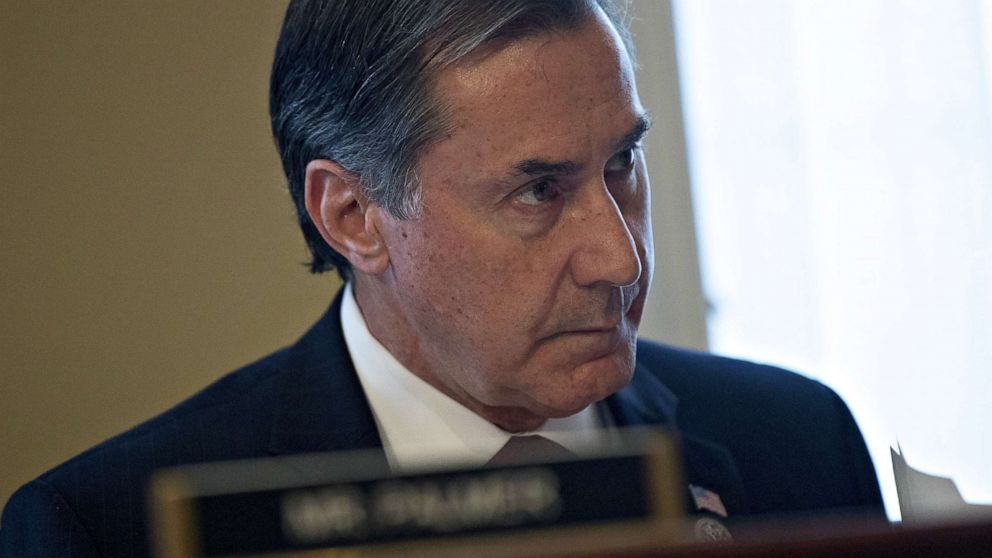 Alabama Republican Rep. Gary Palmer faced sharp criticism after he touted the benefits for his district from a provision in the infrastructure bill he voted against.

On Monday, the same day President Joe Biden signed the $1.2 trillion bill into law, Palmer issued a press release taking credit for a provision he introduced directing $369 million to the Northern Beltline project, a 52-mile, six-lane corridor under construction in his home state.

“Funding the Northern Beltline has consistently been one of my top priorities,” Palmer said in a statement. “Birmingham is currently one of the largest metropolitan areas in the country without a complete beltline around it. Completing the Northern Beltline will benefit the entire region and enhance economic development and employment opportunities.”

He went on to cite the Appalachian Regional Commission for estimating the project will have an annual economic impact exceeding $2 billion in 10 years and create 14,000 jobs.

“This is the opportunity we have been working for as a region and a state. Now is the time for us to take advantage of it and complete the work by finishing the Northern Beltline and building a better future for the Birmingham metro area and central Alabama,” Palmer said.

But Palmer had previously blasted the bill when it passed on Nov. 6 and said in a statement that he supported infrastructure funding “focused on national priorities rather than wasting hundreds of billions of dollars on a Green New Deal wish list and programs under the guise of human infrastructure that simply expand government control of our lives.”

While $7.5 billion in new funds are set aside to build out electric vehicle charging stations, a provision in the Green New Deal, the bill is focused on core infrastructure needs and includes $550 billion in new spending.

Democrats blasted the GOP congressman after he tweeted about the law, deeming him a “hypocrite” as Palmer appeared to take credit for the provision benefitting his home state but failed to mention his “no” vote on the bill.

“You mean the funding you voted against? That funding? #DemocratsDeliver,” said Rep. Eric Swalwell, D-Calif., in a tweet.

Elizabeth Hance, a spokesperson in Palmer’s Capitol office, said Palmer’s opposition was to the overall bill being “full of problems, including items not related to traditional infrastructure.”

“He said in the initial release that the Northern Beltline was a positive measure, even though he opposed the overall legislation. Had they brought the bill he authored to the floor as a stand-alone piece of legislation, or even a package that was truly paid-for infrastructure, he would have supported the overall bill. They did not,” she said in a statement shared with ABC News. “It should not be surprising that he supports a provision that he authored and that was noted in the initial release about the infrastructure bill.”

House Speaker Nancy Pelosi predicted Republicans would take credit for the legislation promising investments in every pocket of the country, as she said they had done earlier this year when Democrats passed the American Rescue Act for COVID-19 relief without a single Republican vote in either chamber.

“We’re way behind where we should be in terms of building infrastructure,” Pelosi said at a Capitol Hill press conference in March, asked if that effort will get GOP support after COVID-19 relief did not. “So, I would hope it will, because it will be in their districts. Again, they’ll vote no and take the dough, show up at the ribbon-cutting and the rest.”

She criticized the GOP again in April, branding them with the same expression.

“Vote no, take the dough, that’s what Republicans do. But that doesn’t help people,” she said.

Republican Sen. Rick Scott of Florida, who chairs the National Republican Senatorial Committee, acknowledged last week after the bill passed the Senate that Republican lawmakers may take credit for infrastructure projects even if they voted against the legislation — as he did.

Asked directly by CNN whether Republicans who voted against the legislation would commit to not bragging about the projects, Scott said, “Of course not.”

“There’s probably something good in every bill that passes, that doesn’t mean you support the entire bill,” he said.

Only 13 House Republicans voted for the infrastructure bill despite its popularity after GOP leadership whipped against the bill. Those lawmakers are already facing extreme backlash from the party and former President Donald Trump who has vowed to support primary challenges against them.

In the Senate, 19 Republicans joined Democrats. One of those was Senate Minority Leader Mitch McConnell, who has touted the legislation as “good for the country” in his home state of Kentucky.

“I watched each of the two previous administrations struggle with the issue of how to meet the infrastructure needs of the country,” McConnell told reporters Tuesday on Capitol Hill. “Seventy-five percent of the American people support infrastructure.”

The second part of Biden’s agenda — the Build Back Better Act focused on “human infrastructure” — is expected to see a House vote this week but to have no Republican support in either chamber.