SINGAPORE: Just as was the case three years ago, it was an unfamiliar face who found himself in front of the media, albeit virtually, at the Jalan Besar Stadium on Monday (Apr 25).

Back then, Tatsuma Yoshida and the Football Association of Singapore (FAS) faced a number of questions at a press conference over the appointment of Yoshida and his credentials.

But scepticism was eventually quelled as Yoshida led the Lions to the AFF Suzuki Cup semi-finals for the first time after nine years in last year’s edition of the regional tournament.

Fast forward to 2022, it is now turn for another Japanese coach, former J-League player Takayuki Nishigaya, to take over the hot seat as head coach of the Singapore men’s national team.

Nishigaya’s appointment was announced by FAS at a press conference on Monday.

A former defender who made 100 J-League appearances, Nishigaya started his coaching journey in 2004 as a youth coach in Tokyo Verdy. He became youth head coach before leaving in 2009.

He went to becoming assistant coach at Albirex Niigata (2012) and Mito Hollyhock (2013 – 2015) before being promoted to the head coach at the latter. Nishigaya also was head coach of SC Sagamihara before moving on to Matsumoto Yamaga where he was under-18 head coach, before becoming first-team assistant in 2020.

The 48-year-old, who is currently finalising the necessary paperwork to travel to Singapore, will officially assume his new role in May.

The former Japan Under-22 international will be supported assistant Nazri Nasir as well as staff coach and analyst Koichiro Iizuka, both of whom were part of Yoshida’s backroom staff.

Yoshida resigned from his post last year, a year before his contract with Singapore’s national football team was due to end in December 2022.

Yoshida said then he was returning to Japan to be closer to his family. He is now currently coach of J2 League’s Ventforet Kofu.

Following Yoshida’s departure, Nazri led the team as caretaker during international friendlies in March this year. Under Nazri, the Lions managed two wins from two – beating Malaysia 2-1 and Philippines 2-0.

Similar to Yoshida in 2019, Nishigaya has no prior experience coaching at an international level.

“It is a great honour to become the new head coach of the Singapore men’s national team and I am grateful for the trust and belief that FAS has in me,” Nishigaya.

“I fully understand the heavy expectations that come with this position, and I am very much looking forward to undertaking the responsibilities with my fullest commitment and endeavour.” 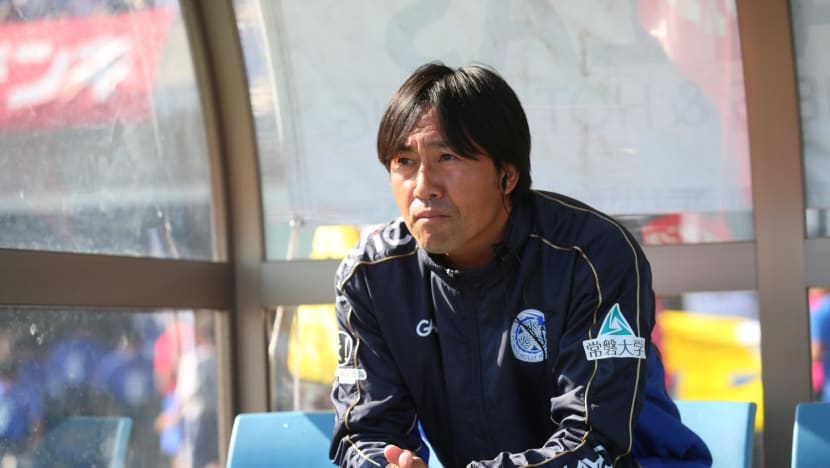