BAGHDAD (AFP) – Iraq was yet again coated in a thick sheet of orange on Sunday (May 1) because it suffered the newest in a sequence of dust storms which have turn out to be increasingly widespread.

Flights have been grounded attributable to poor visibility at airports serving the capital Baghdad and the Shi’ite holy metropolis of Najaf, with the phenomenon anticipated to proceed into Monday, in response to the climate service.

“Flights have been interrupted at the airports of Baghdad and Najaf due to the dust storm,” a spokesman for the civil aviation authority, Mr Jihad al-Diwan, instructed AFP.

Visibility was cited at lower than 500m, with flights anticipated to renew as soon as climate improves.

Iraq was hammered by a sequence of such storms in April, grounding flights and leaving dozens hospitalised with respiratory issues.

Mr Amer al-Jabri, from Iraq’s meteorological workplace, beforehand instructed AFP that the climate phenomenon is predicted to turn out to be increasingly widespread “due to drought, desertification and declining rainfall”.

Experts have stated these elements threaten to convey social and financial catastrophe within the war-scarred nation.

In November final 12 months, the World Bank warned that Iraq may undergo a 20 per cent drop in water sources by 2050 attributable to local weather change.

In early April, Environment Ministry official Issa al-Fayad warned that Iraq may face “272 days of dust” a 12 months in coming many years, in response to state information company INA.

The ministry stated the climate phenomenon could possibly be confronted by “increasing vegetation cover and creating forests that act as windbreaks”. 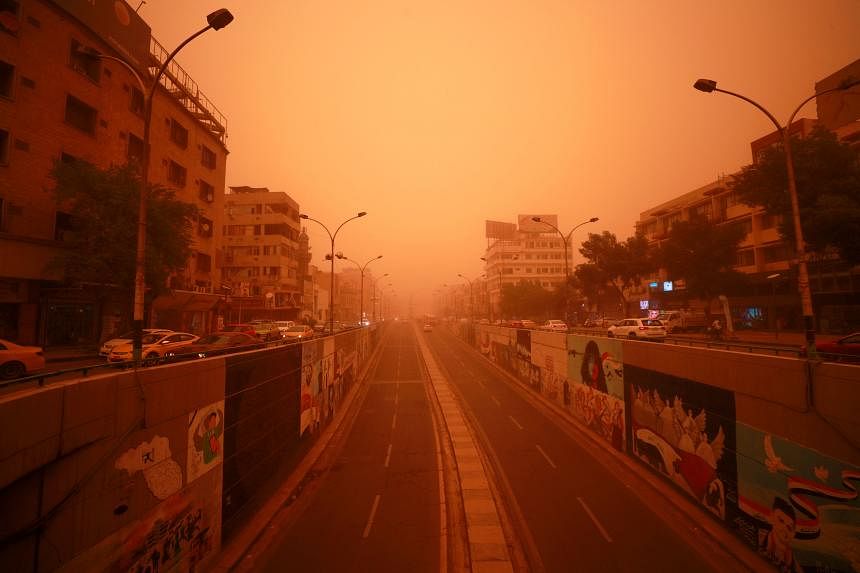