SINGAPORE: The Ministry of Health (MOH) stated on Wednesday (Apr 27) it has accomplished the overview of the National University Hospital’s (NUH) investigation report of the 36-week pregnant woman who lost her baby, including that it’s “satisfied” with the hospital’s findings.

The ministry additionally stated that the corrective actions taken are “appropriate to address the gaps identified”.

Last month, the husband of a pregnant woman who lost her baby stated that the miscarriage “may not have occurred” on the NUH Accident and Emergency Department.

This, after he had earlier posted on Facebook that his 36-week pregnant spouse, who was taken to the hospital for bleeding, was allegedly left unattended for 2 hours after arriving there. The incident prompted an apology from the hospital.

But the woman’s husband, Facebook consumer Mee Pok Tah, later wrote in a Facebook submit that the “facts … have been clarified” after a number of conferences with the hospital. He additionally apologised that his unique Facebook submit had created unintended hypothesis and abuse of workers.

In a press launch on Wednesday, MOH stated it has accomplished its overview of NUH’s investigation into the case.

“MOH is satisfied that NUH has recognized the gaps in processes and communication that had contributed to the incident and applied the beneficial corrective actions.

“MOH has also shared the findings and lessons learnt with all public hospitals,” stated the ministry.

Following the incident on Mar 15, NUH performed a “thorough investigation” of the case, which included reviewing video footage and interviewing all of the workers concerned, stated MOH.

The investigation was carried out by a workforce of NUH senior docs and nurses from the Emergency Department, the Obstetrics and Gynaecology (O&G) Department, and the Clinical Governance-Medical Affairs workforce.

While the hospital’s general evaluation is that the processes and communications didn’t contribute to the miscarriage, there have been gaps that wanted to be improved.

Specifically, NUH had instituted a speedy entry protocol for pregnant sufferers with indicators of labour, after triage on the ED, to be transferred on to the Delivery Suite to be assessed by the O&G physician, somewhat than being seen by the ED physician first earlier than deciding for switch.

MOH stated: “However, in this case, due to the unusually high numbers of patients at the ED that night, and the Delivery Suite being full, the process of immediate transfer to the Delivery Suite had broken down, resulting in the patient not being seen in a timely manner.”

The Health Ministry stated NUH has applied measures to strengthen care and to forestall related incidents from occurring once more.

For occasion, sufferers who are pending switch to the Delivery Suite can be triaged by the ED nurse and reviewed by the ED Doctor who will talk with the O&G Doctor as “clinically indicated”.

Based on the medical evaluation, if indicated, pregnant sufferers could also be evaluated utilizing ultrasound on the ED.

A standardised obstetric evaluation rating can be used within the ED to triage pregnant sufferers.

Following overview by the O&G physician, foetal coronary heart monitoring can be finished on the ED whereas ready for a mattress within the Delivery Suite.

“MOH has reviewed the investigation report submitted by NUH, and is satisfied with NUH’s findings, and the corrective actions are also appropriate to address the gaps identified.”

The Health Ministry added that NUH has held a number of conferences with the affected person and her husband to offer clarification on the details of the incident, and that they’ve since accepted the hospital’s clarifications and acknowledged that the miscarriage could not have occurred on the hospital.

“NUH has also assured them that the hospital is improving its processes to prevent future occurrence of similar incidents,” stated MOH. 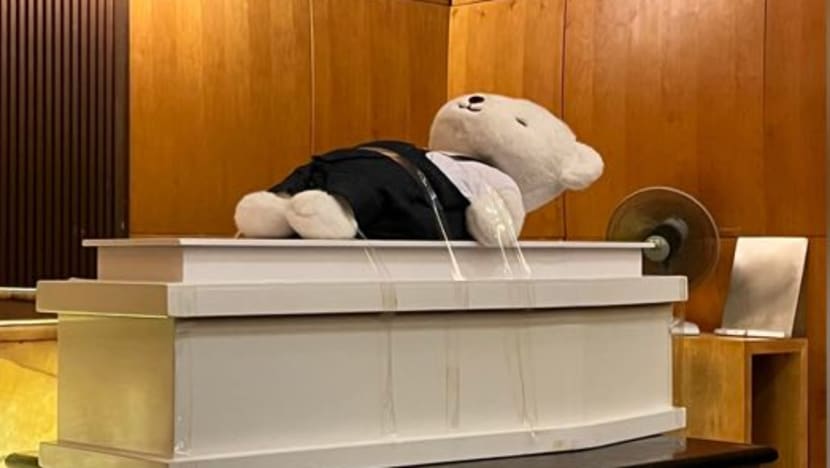