VATICAN CITY (AFP) – Pope Francis urged the Sri Lankan authorities on Monday (April 25) to reveal who was behind the nation’s 2019 Easter bombings in an assault the island’s Catholics suspect was a plot to propel President Gotabaya Rajapaksa to energy.

While assembly with a delegation of over 60 victims of the Easter Sunday assaults on three church buildings and three lodges that killed 279 individuals, the Pope requested Mr Rajapaksa’s administration to reveal the reality.

“This will bring peace to your conscience and to your country.”

Addressing some 3,500 Sri Lankans in Italy, together with a number of the victims, the Pope additionally mentioned he prayed that Sri Lanka may even find a way to journey out the worst financial disaster in its historical past.

The island is gripped by extreme shortages of meals, gas and medicines, with its 22 million residents grappling with each day electrical energy blackouts and galloping inflation.

The head of Sri Lanka’s Catholic Church, Cardinal Malcolm Ranjith, who performed mass at St Peter’s basilica simply earlier than assembly with the Pope on Monday, known as for “justice and change” in his nation.

“We want the international community to insist that, before giving any aid to Sri Lanka, that the government realise that they have to change the way things have been done,” he advised Vatican Radio.

“The first impression of this massacre was that it was purely the work of a few Islamic extremists,” Cardinal Ranjith mentioned.

“However, subsequent investigations indicate that this massacre was part of a grand political plot.”

The Cardinal has urged that the assaults helped Mr Rajapaksa emerge as a “national security candidate” and win the November 2019 election. 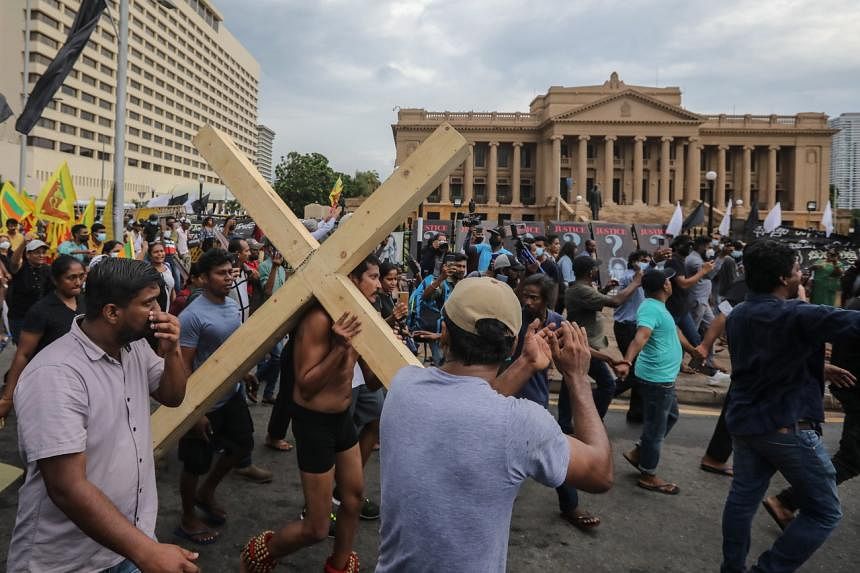