SINGAPORE – A youngster was taken to hospital following an argument with a hawker in a Sengkang coffee shop on Sunday (April 24).

A video of the incident, which was circulated on social media, reveals a younger man flipping a tray at a hawker, who reacts by attacking him with a ladle.

Responding to queries from The Straits Times, the police stated they have been alerted to a case of voluntarily inflicting harm at Block 455 Sengkang West Avenue at about 5.50pm on Sunday.

They confirmed {that a} 17-year-old was taken to hospital whereas acutely aware and {that a} 51-year-old man helps with police investigations.

In the video, the hawker is seen speaking to {the teenager} throughout the stall counter, however the dialog turns into progressively heated.

The teen then flips a tray on the hawker, who then grabs a ladle, steps out of the stall and begins hitting the youth with it. Other folks in the coffee shop then rush over to intervene. 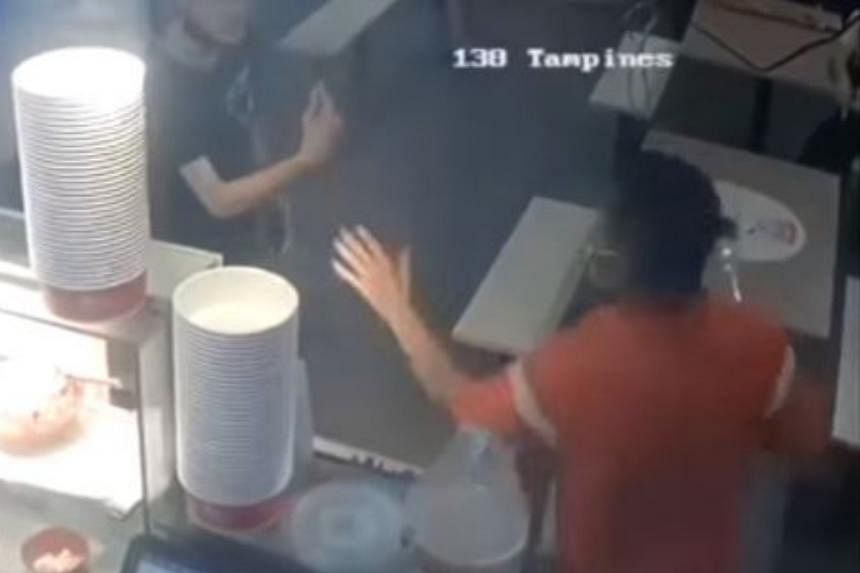