During their assembly at the Ministry of Defence (Mindef), the 2 “reaffirmed the close and longstanding bilateral defence relationship” between the 2 nations.

Gen Chalermphon additionally referred to as on Chief of Defence Force, Lieutenant-General Melvyn Ong, after inspecting a guard of honour at Mindef.

As half of his introductory visit from April 24 to 27, Gen Chalermphon may even visit the Changi Regional HADR (humanitarian help and catastrophe aid) Coordination Centre and Information Fusion Centre at Changi Naval Base.

He will likely be briefed on how the centres assist HADR and maritime safety efforts.

Mindef added that Gen Chalermphon will visit the Counter-Terrorism Information Facility on Tuesday.

Mindef stated: “Gen Chalermphon’s visit underscores the strong bilateral defence ties between Singapore and Thailand. Both armed forces interact regularly through bilateral exercises, professional exchanges, visits and cross-attendance of courses, as well as through multilateral platforms such as the Asean Defence Ministers’ Meeting (ADMM) and ADMM-Plus.”

“Such interactions have deepened the bilateral defence relationship, enhanced mutual understanding and strengthened both professional and people-to-people ties between the two armed forces,” it added. 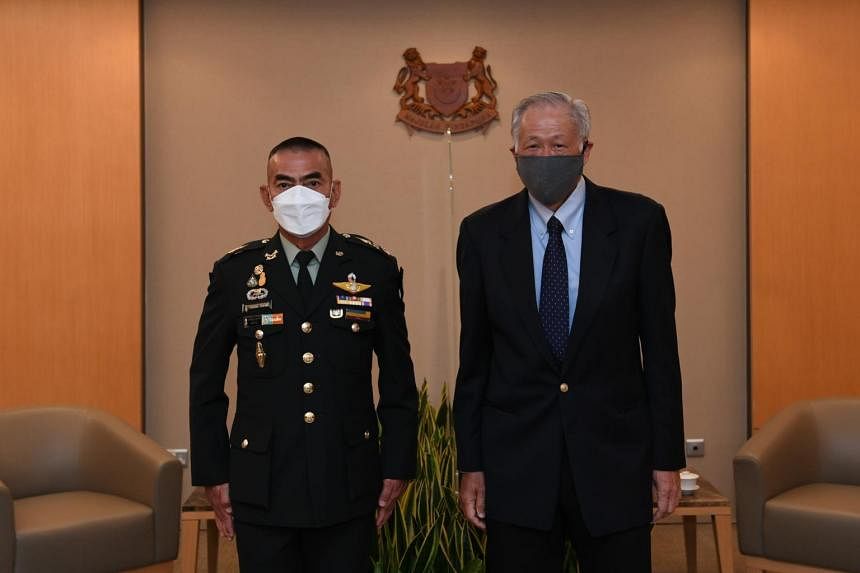 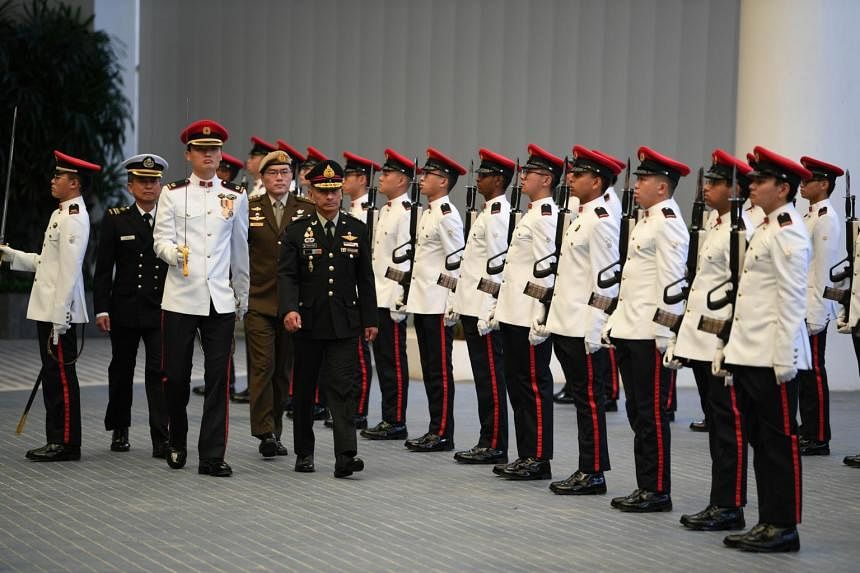