SINGAPORE: The Singapore Civil Defence Force (SCDF) deployed its rescuers from the elite Disaster Assistance and Rescue Team (DART) to rescue three people who have been trapped in a lift on Tuesday (Apr 26).

The DART rescuers have been deployed after SCDF acquired a name for help at round 5.10pm at 1 Woodlands Road, SCDF stated in a Facebook submit on Tuesday.

Power couldn’t be restored to the lift, which was caught between the second and fourth flooring of the constructing. The lift didn’t serve the third flooring.

By organising a rescue system of pulleys and ropes on the fourth flooring, two rescuers have been in a position to rappel down the lift shaft and entry the lift by way of a hatch.

“Each trapped person was secured in a rescue harness before being brought out of the lift using a ladder,” stated SCDF. “A power ascender, a specialised portable battery-operated device, was then used to raise each of the trapped persons to safety.”

The rescue operation took about an hour-and-a-half to finish, SCDF advised CNA.

After they have been rescued, the three people have been assessed for accidents by SCDF, however subsequently refused to be taken to hospital. 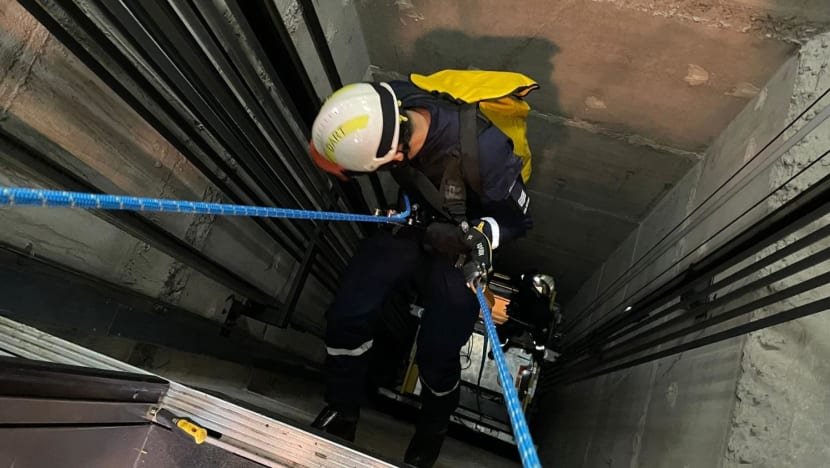