But he suggested that the rise was not yet cause for alarm and that officials were monitoring it “very, very carefully”.

Across the country, there are more than 30,700 new virus cases a day, on average, a 2 per cent increase from two weeks ago, according to a New York Times database.

But some regions and cities, including New York and Washington, D.C., are experiencing sharper increases, although their average number of new cases remains far below peaks during the recent winter surge.

In New York, cases have increased nearly 50 per cent over the past two weeks and several officials and Broadway stars have recently tested positive.

This rise is not surprising, given the spread of the highly transmissible Omicron subvariant known as BA.2 and the easing of many public health measures, such as mask mandates, across the country, Dr Fauci said on ABC’s “This Week”.

“This is not unexpected – that you’re going to see an uptick when you pull back on the mitigation methods,” he said.

But, he noted, most areas of the country have low community levels of Covid-19, according to calculations by the Centres for Disease Control and Prevention that are designed to assess the number of new cases in a community and the strain on its hospitals.

Dr Fauci said he was hopeful that the nation would not see a large surge in hospitalisations or deaths, which lag behind new cases and are still declining nationwide.

“If we do start seeing an uptick, particularly of hospitalisations, we may need to revert back to being more careful and having more utilisations of masks indoors,” he said.

In the meantime, Dr Fauci encouraged all eligible Americans to get vaccinated and boosted and expressed hope that Congress would soon pass a US$10 billion (S$13.6 billion) Covid-19 relief bill.

Congress adjourned for a two-week recess last week without voting on the package, which would provide more funding for treatments, testing and vaccines.

“And it’s really a huge disappointment to us that the Congress has left for two weeks without passing this into law.”

A small surge of coronavirus infections has swept through the halls of Washington over the last week. Dozens tested positive, including several administration officials and members of Congress, after attending the Gridiron Club and Foundation’s annual dinner April 2.

President Joe Biden did not attend the dinner, but his sister, who did, tested positive; Mr Biden appeared, maskless, at several public events last week, raising concerns about whether he might have contracted the virus.

On Sunday, Dr Fauci defended the procedures that are in place to protect the president.

“He’s fully vaccinated,” said Dr Fauci. “He’s doubly boosted, and most of the time, people who get anywhere near him need to be tested. So we feel the protocol is a reasonable protocol.”

Dr Fauci stressed that the seriousness of coronavirus infections should not be discounted and could still result in significant illness and long Covid, even if they do not lead to hospitalisation. But, he said, people need to make their own decisions about the risks they are willing to take. 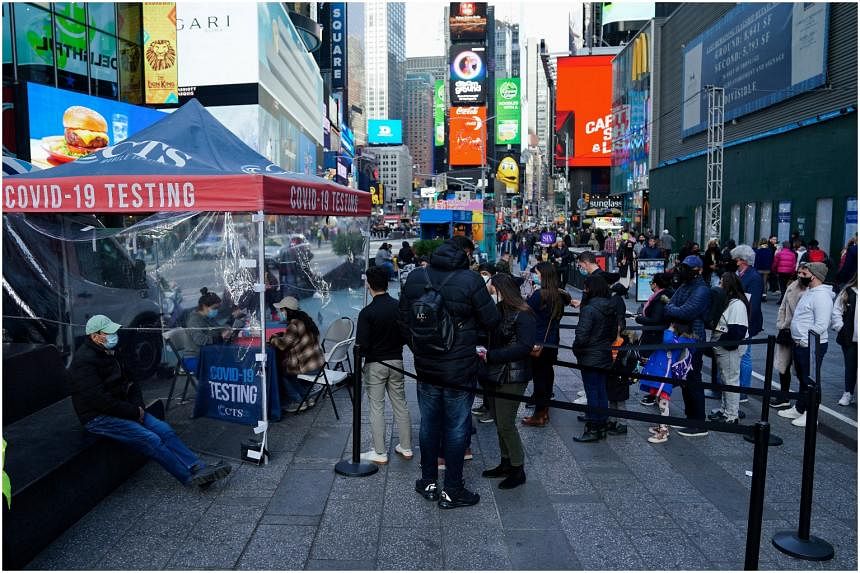